Bob and Beth Poll joined us finally. They flew up and rented a class C. They were part of the group that I flew up in 2015, so a lot of remember when’s. We did the Valdez Museum and learned about the 1964 earth quack and the Exon Valdez spill. Pizza at the fat Mermaid and later Happy hour on the gravel and dinner in the house. Beth couldn’t believe we had already done over 4,000 driving miles, I can’t either. But a day at a time and Paul it’s the journey not the destination! Gold rush days so a few can can ladies. The salmon have extra protection for the cold. 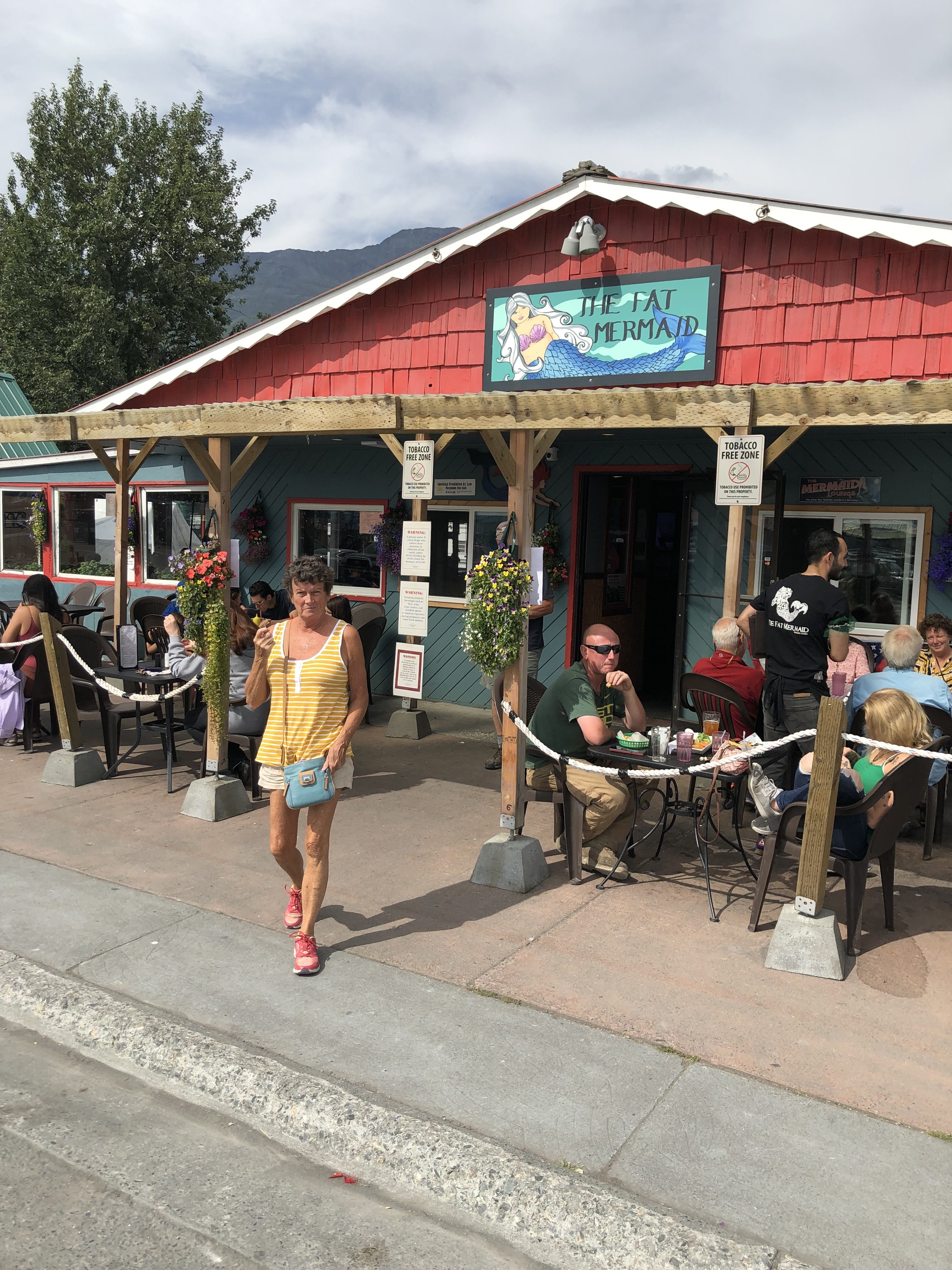 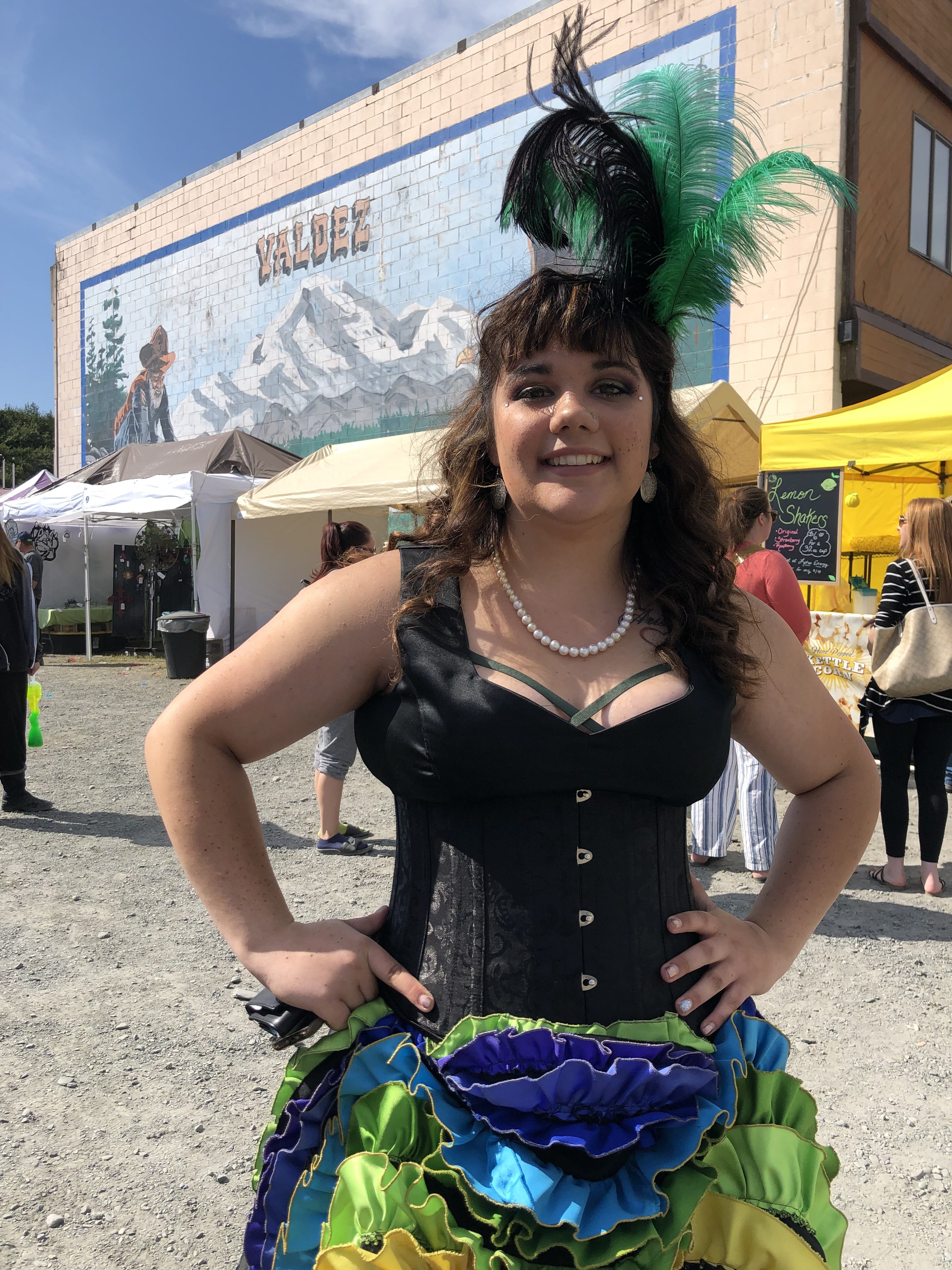 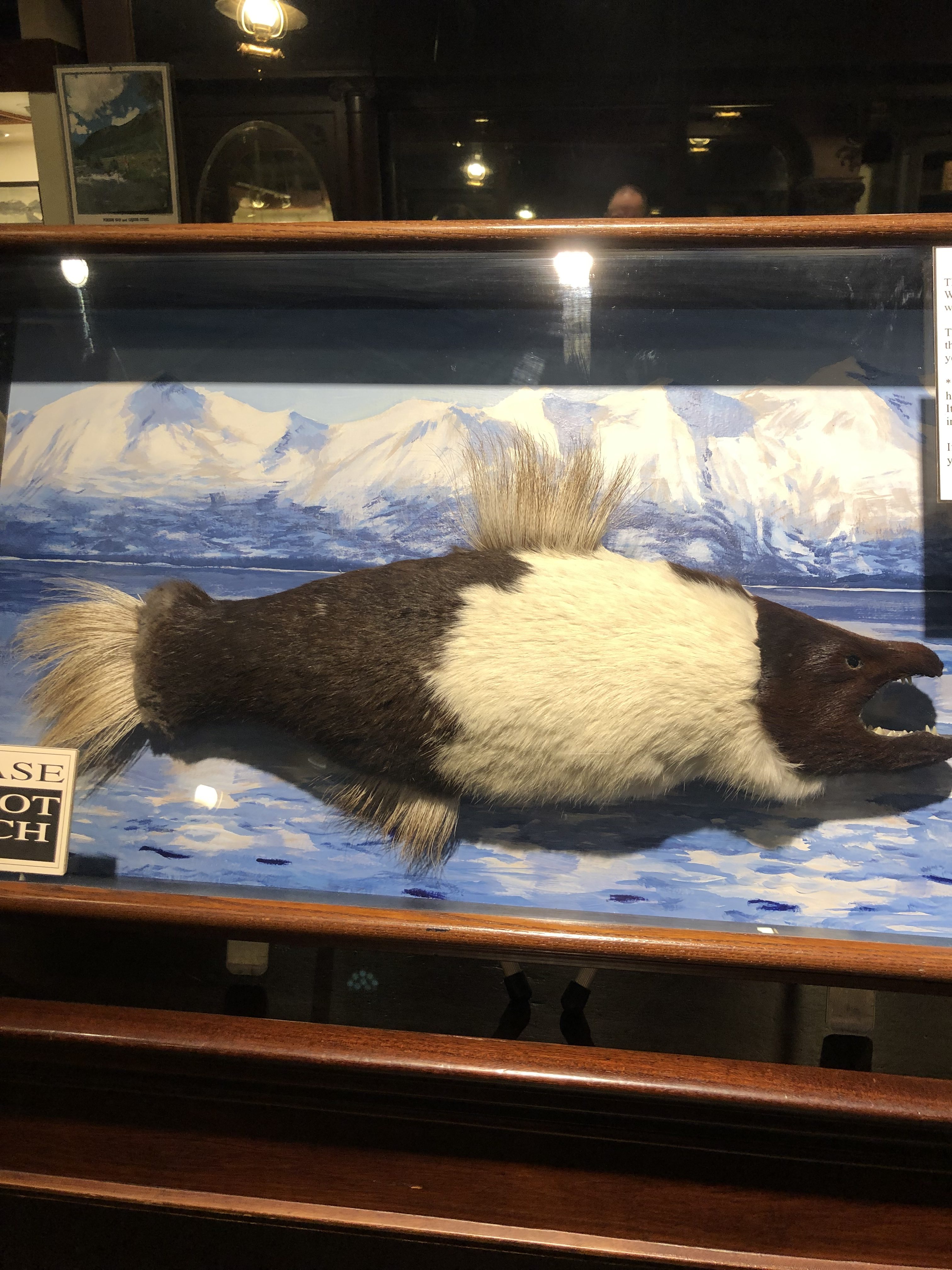 Today is Stan Stephens for whale watching. The sixth time we’ve done this but it never gets old. Sea otters, seals, orcas, puffins, and one humpback whale. It’s a day trip with great narratives and very relaxing. Willow survived just fine in the House for 9 hours. 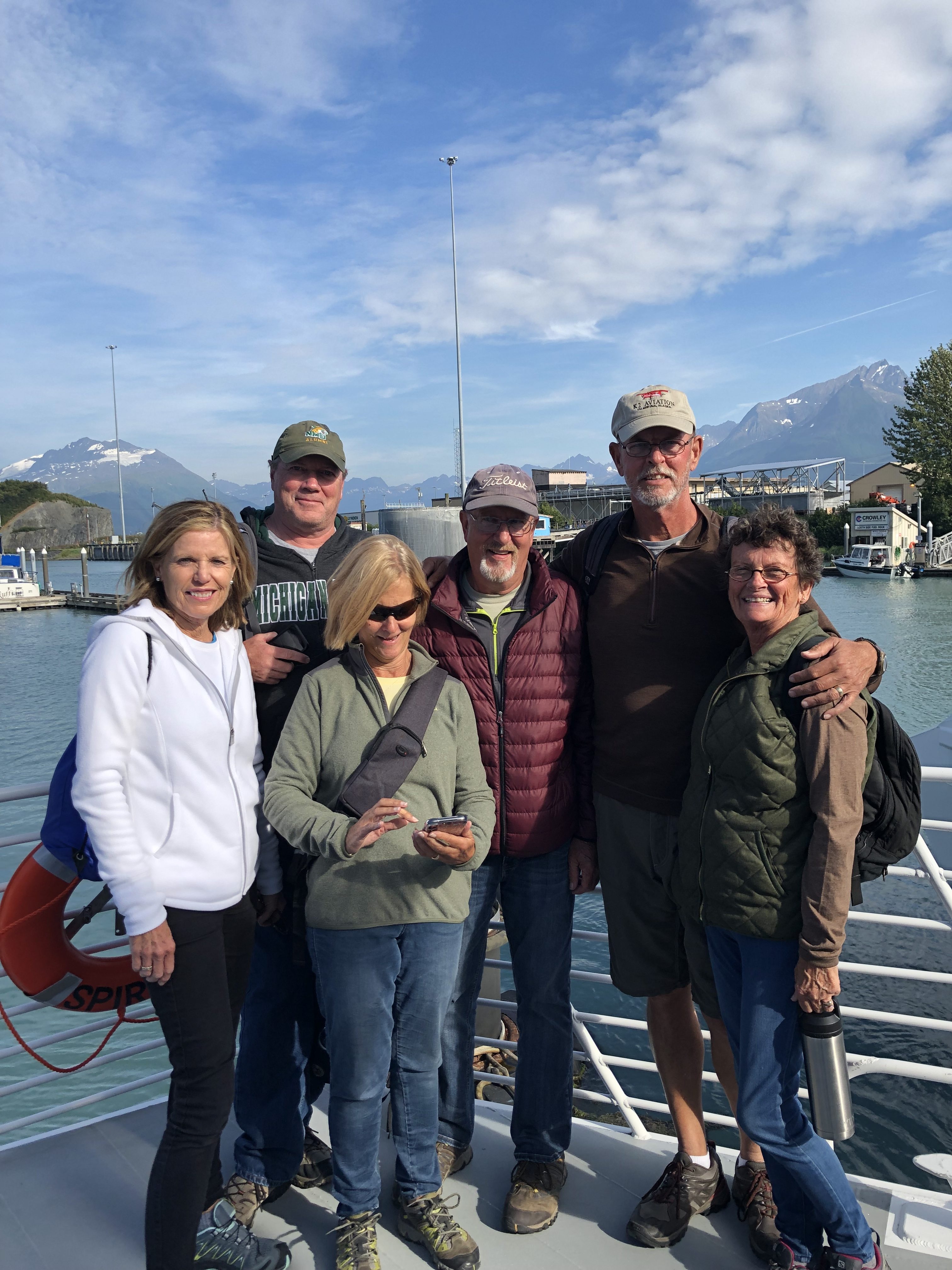 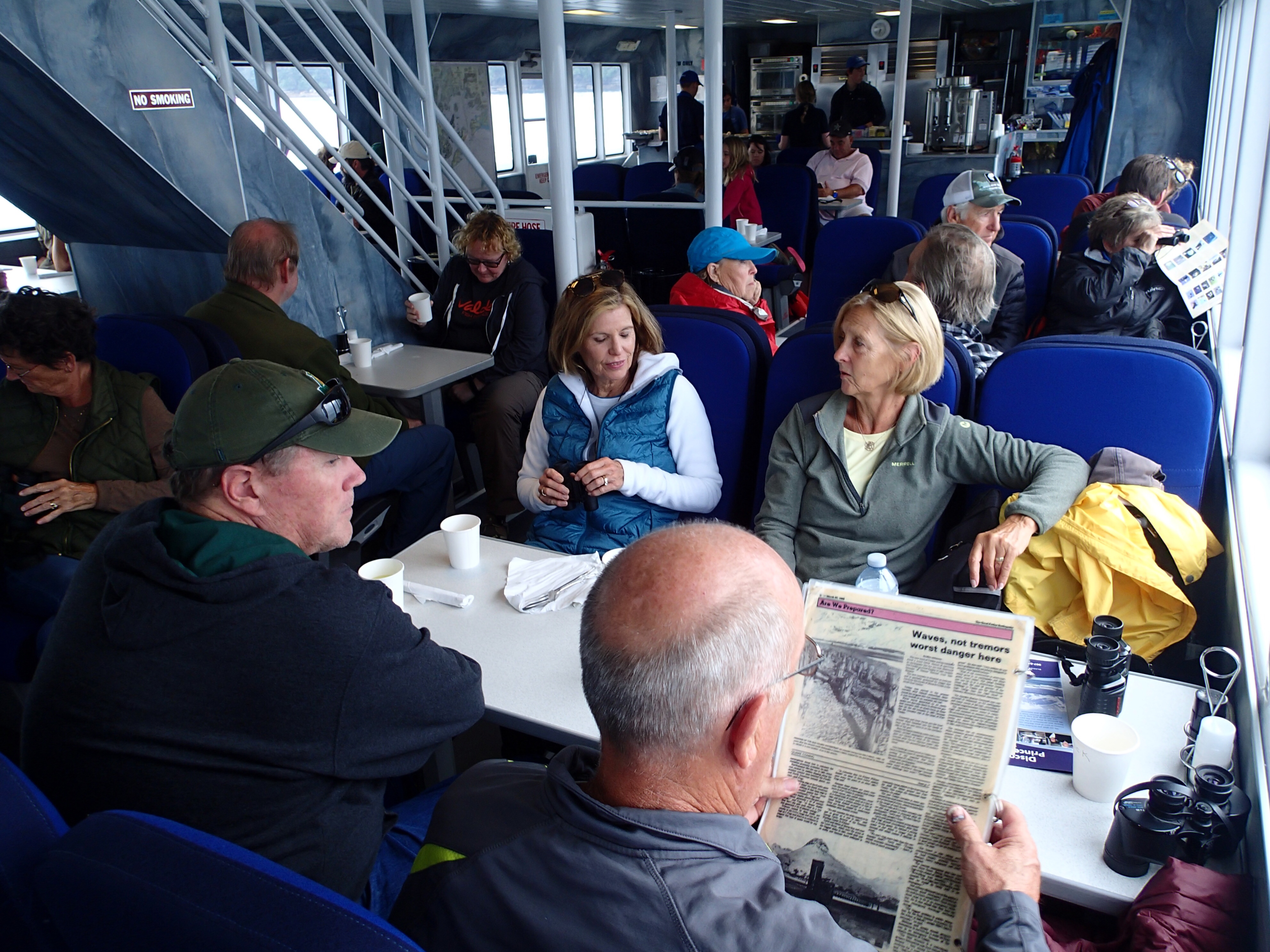 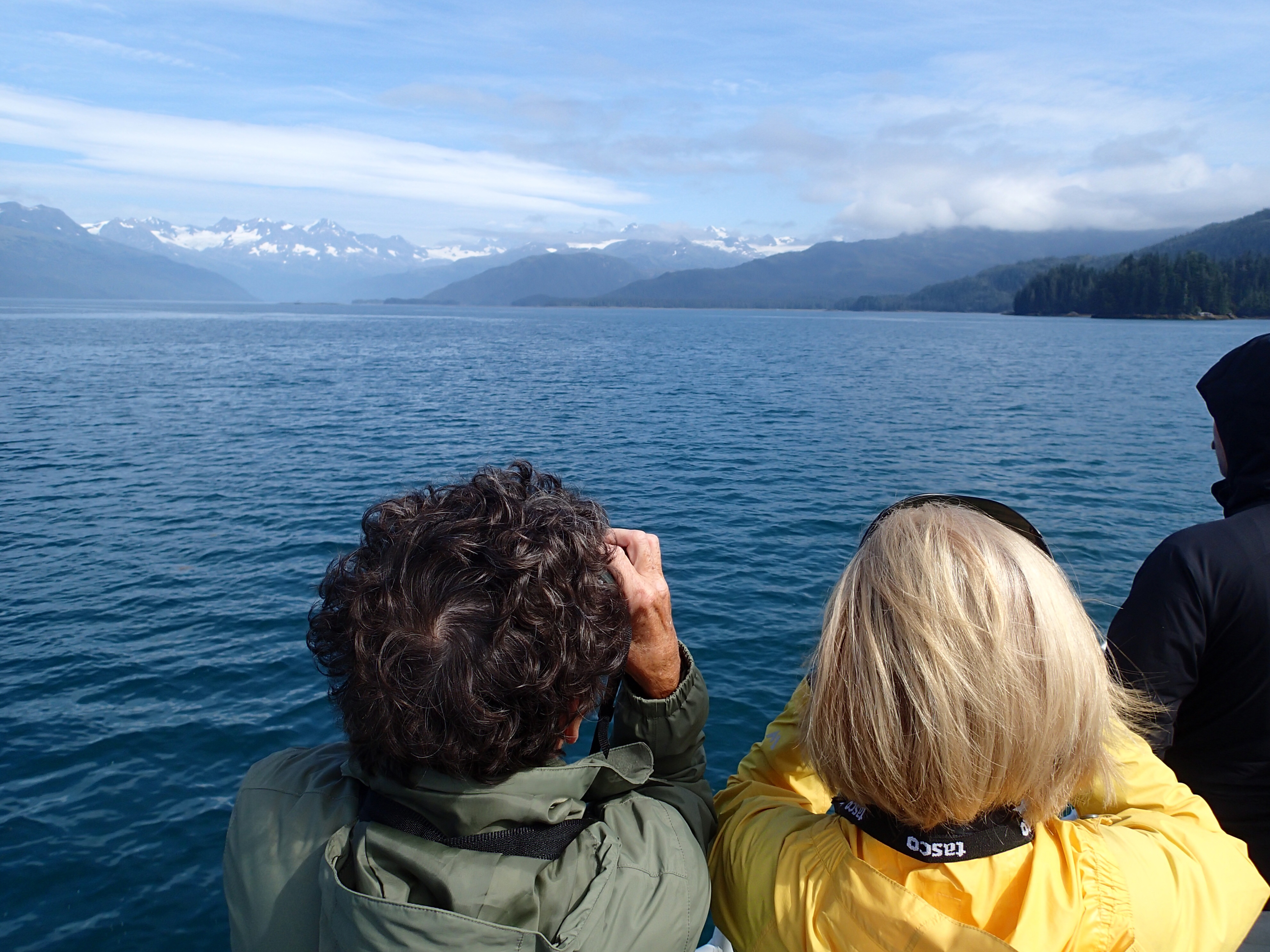 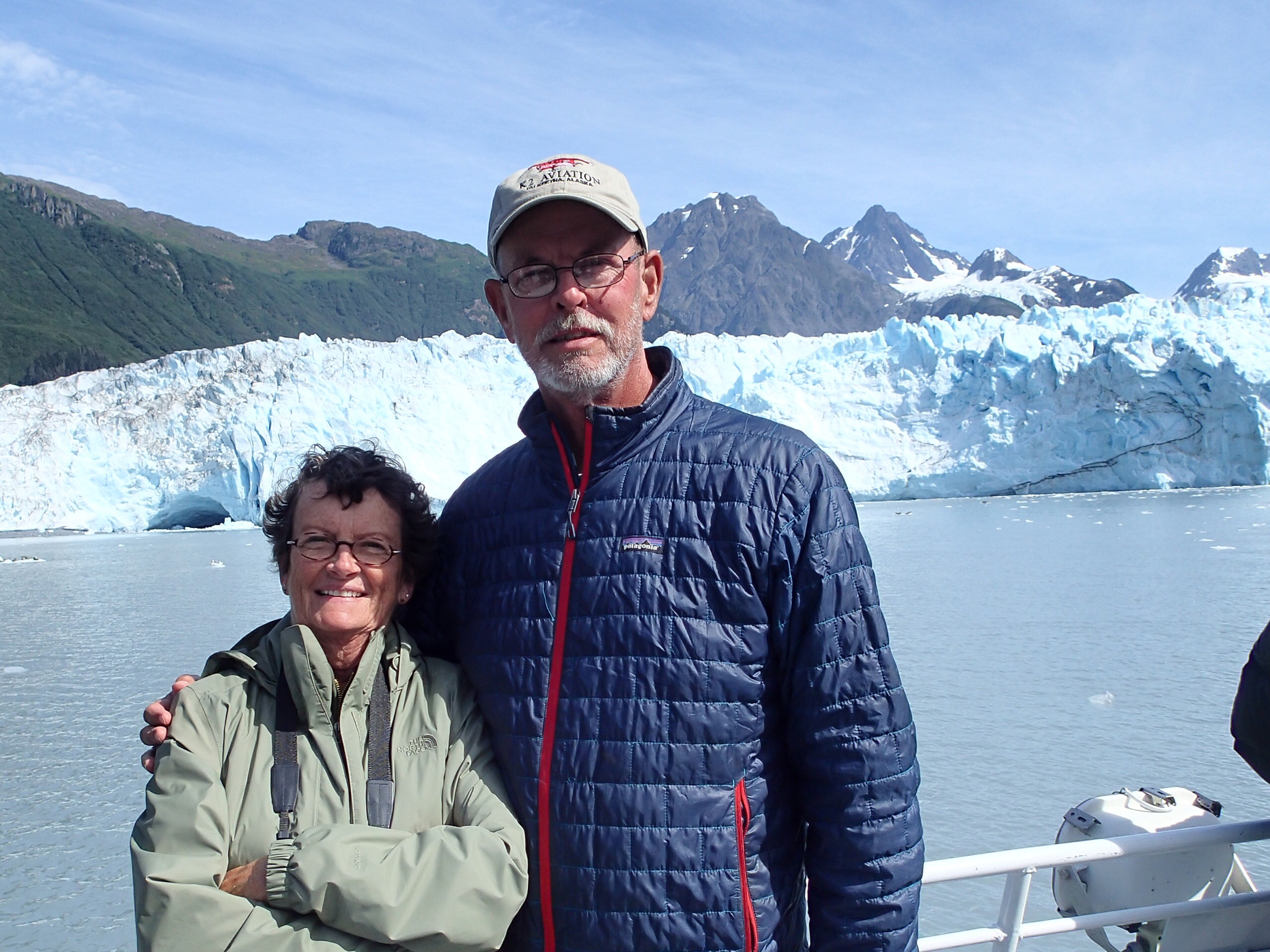 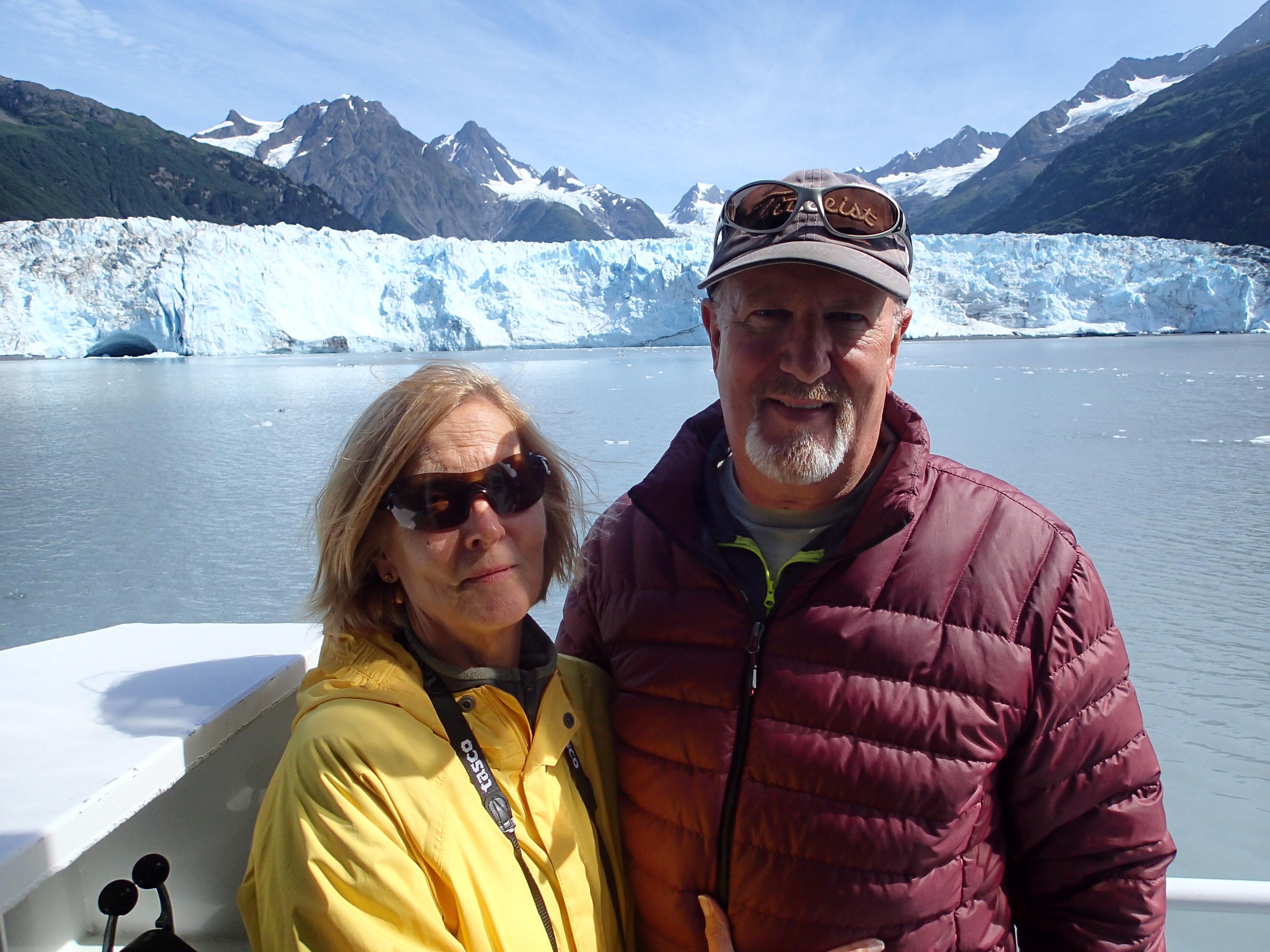 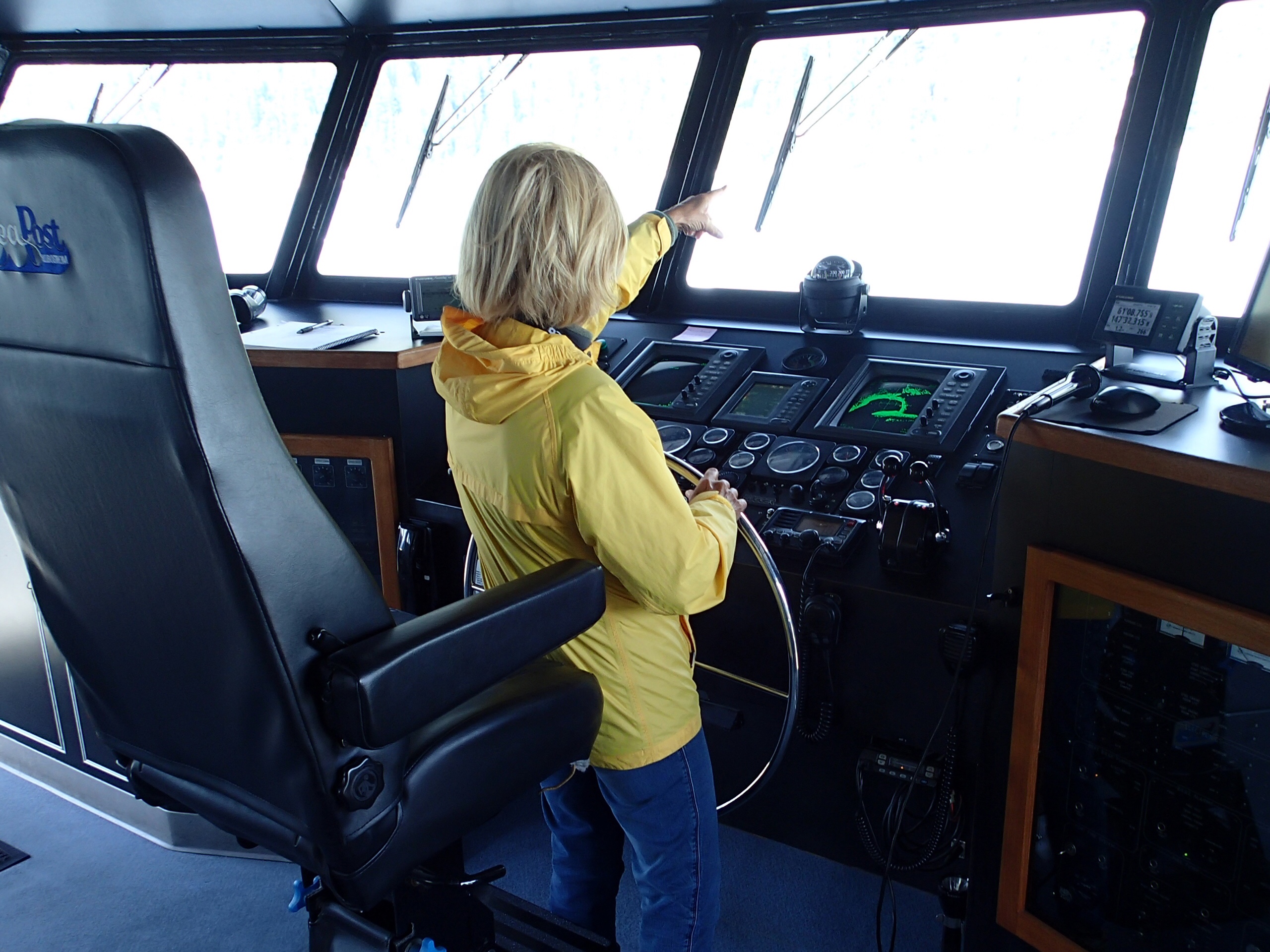 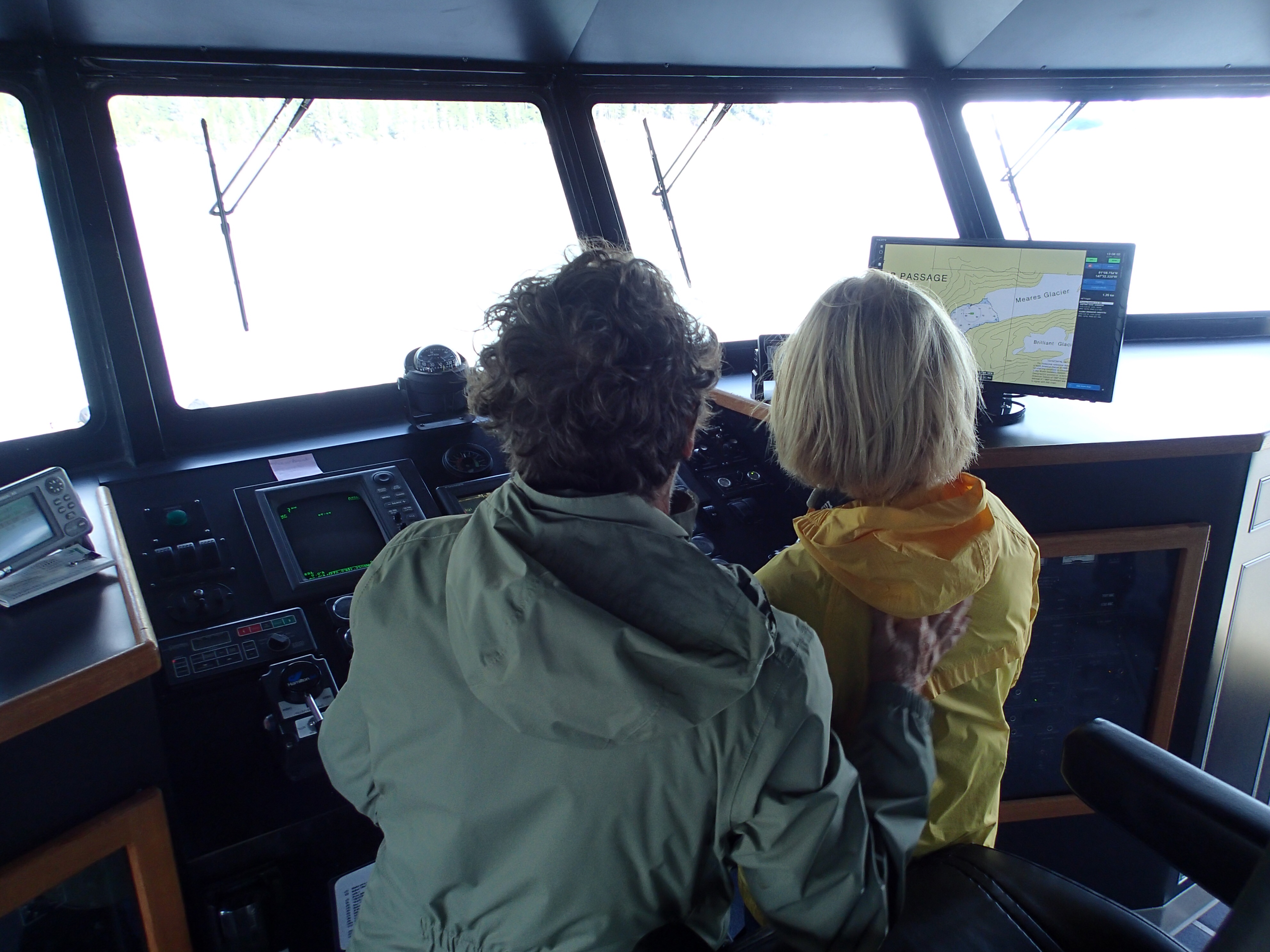 On Monday more gray scenery from Valdez to Eagle river state park just outside of anchorage. At $20.00 a night on a paved back in by a river and a moose 10’ away this was a real deal. Jack and Lynne had dinner with Grand Rapids friend Linda in anchorage and got back in time for the camping. 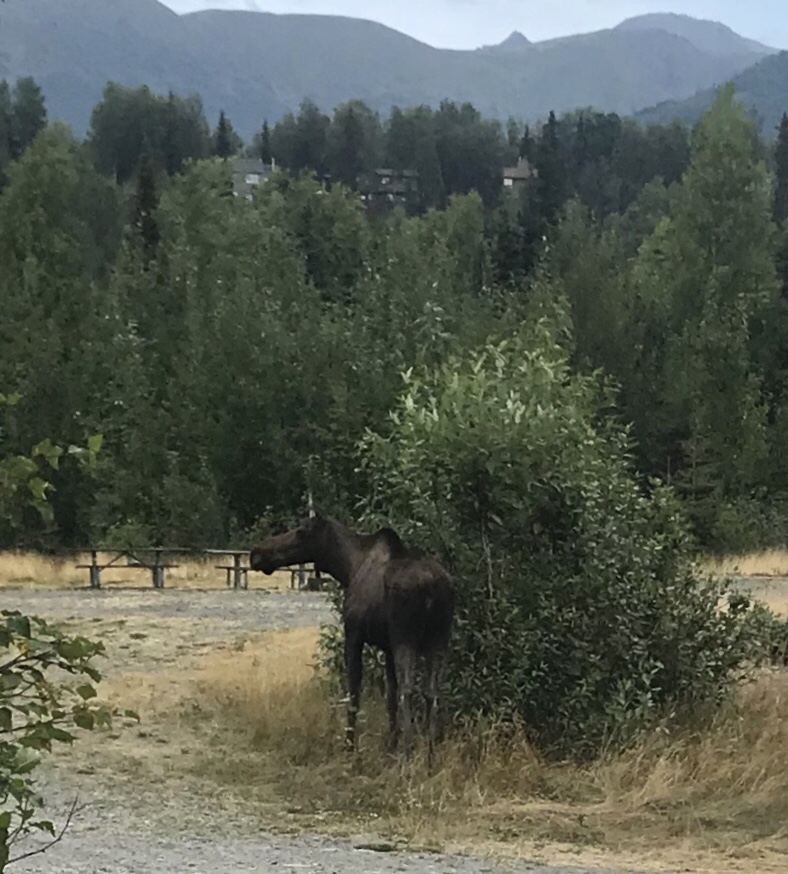 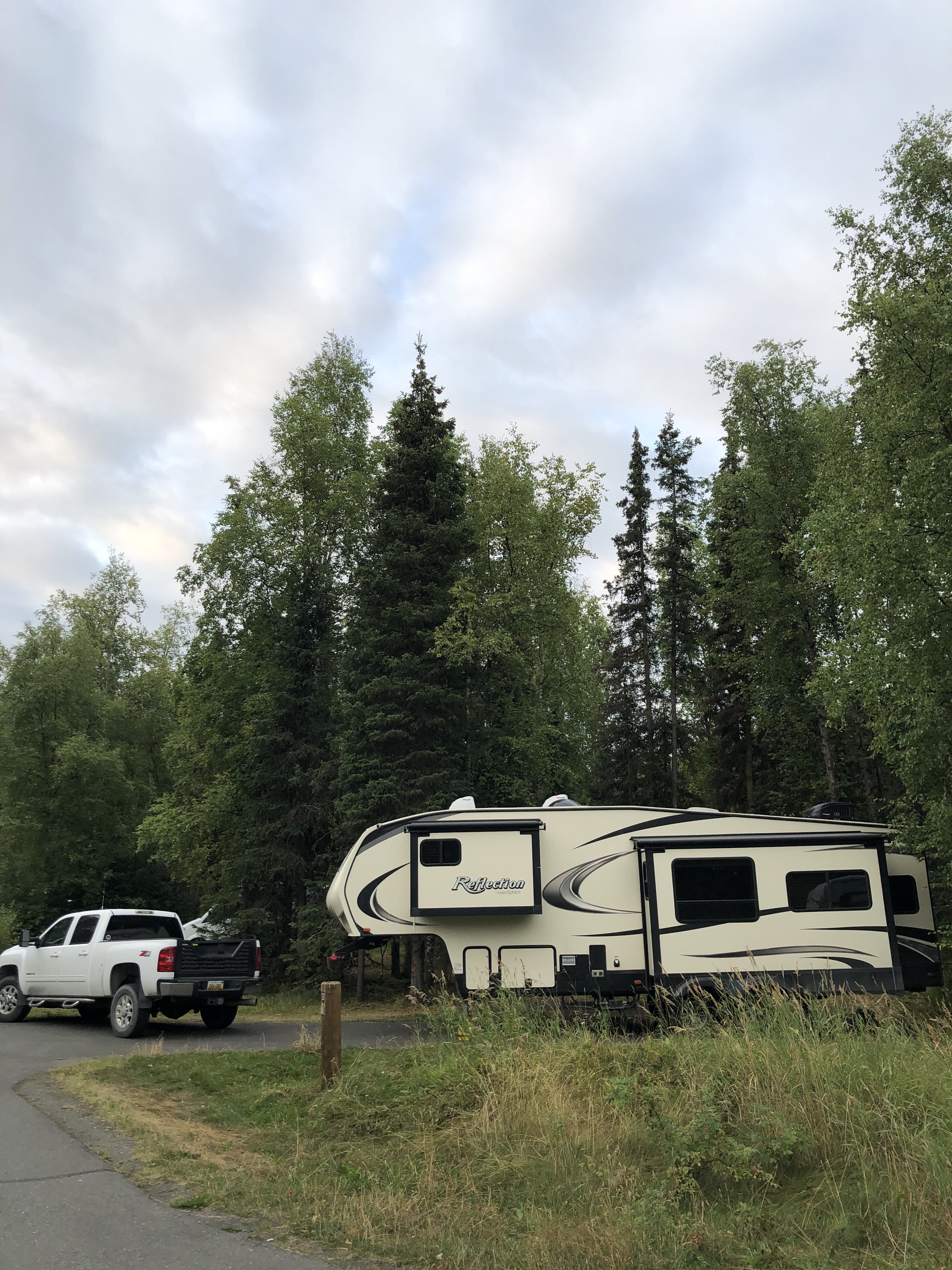 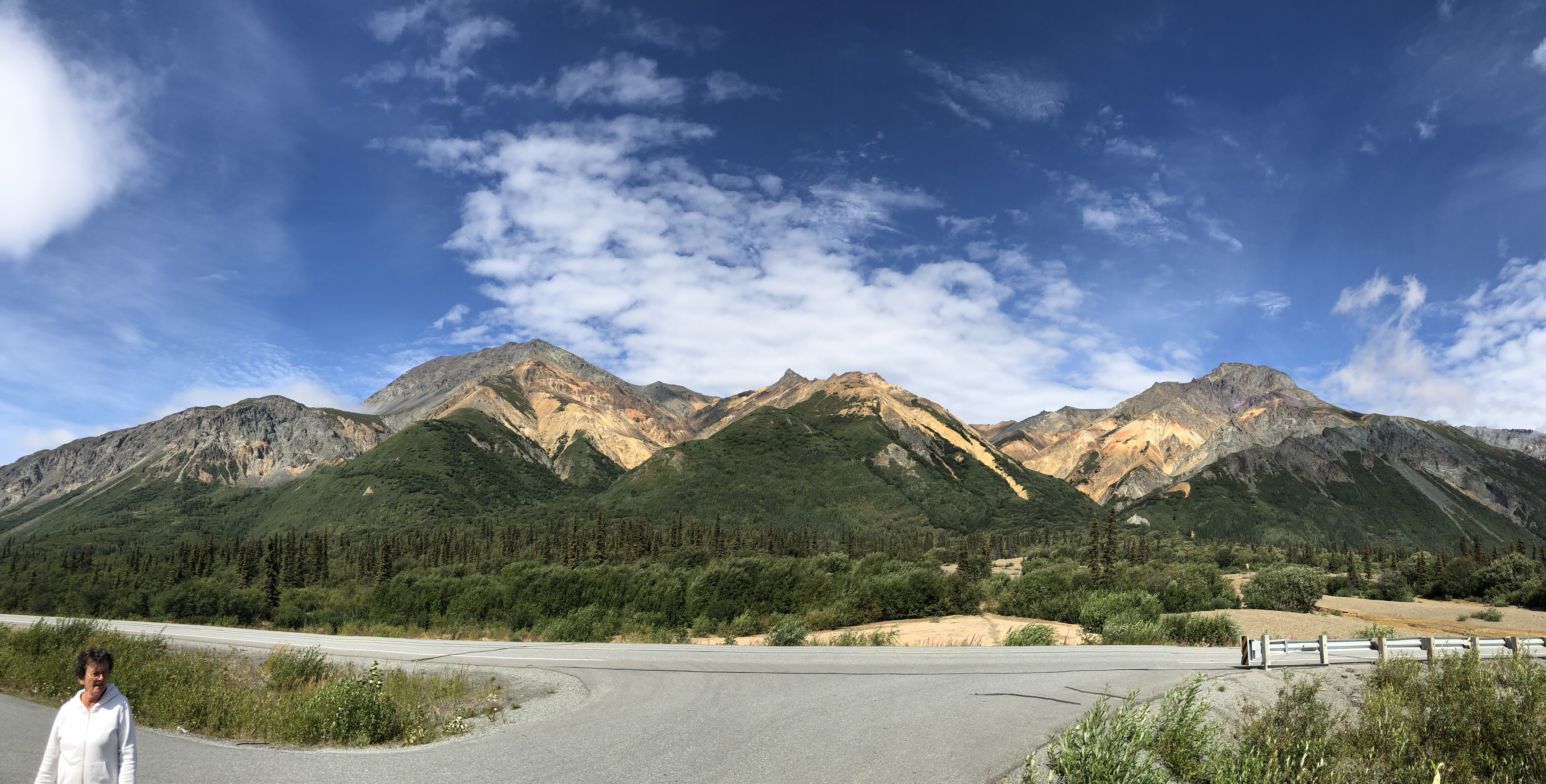 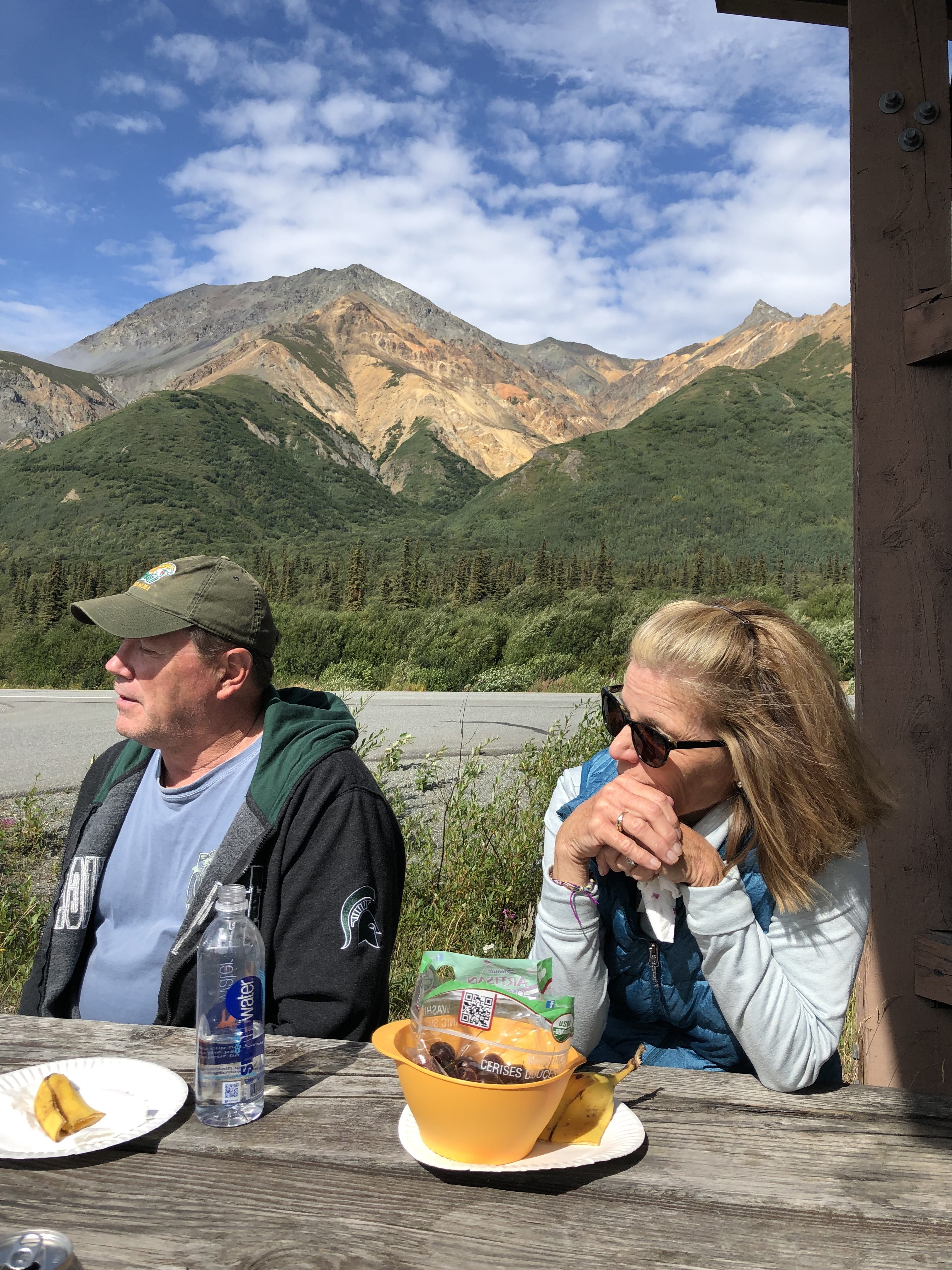 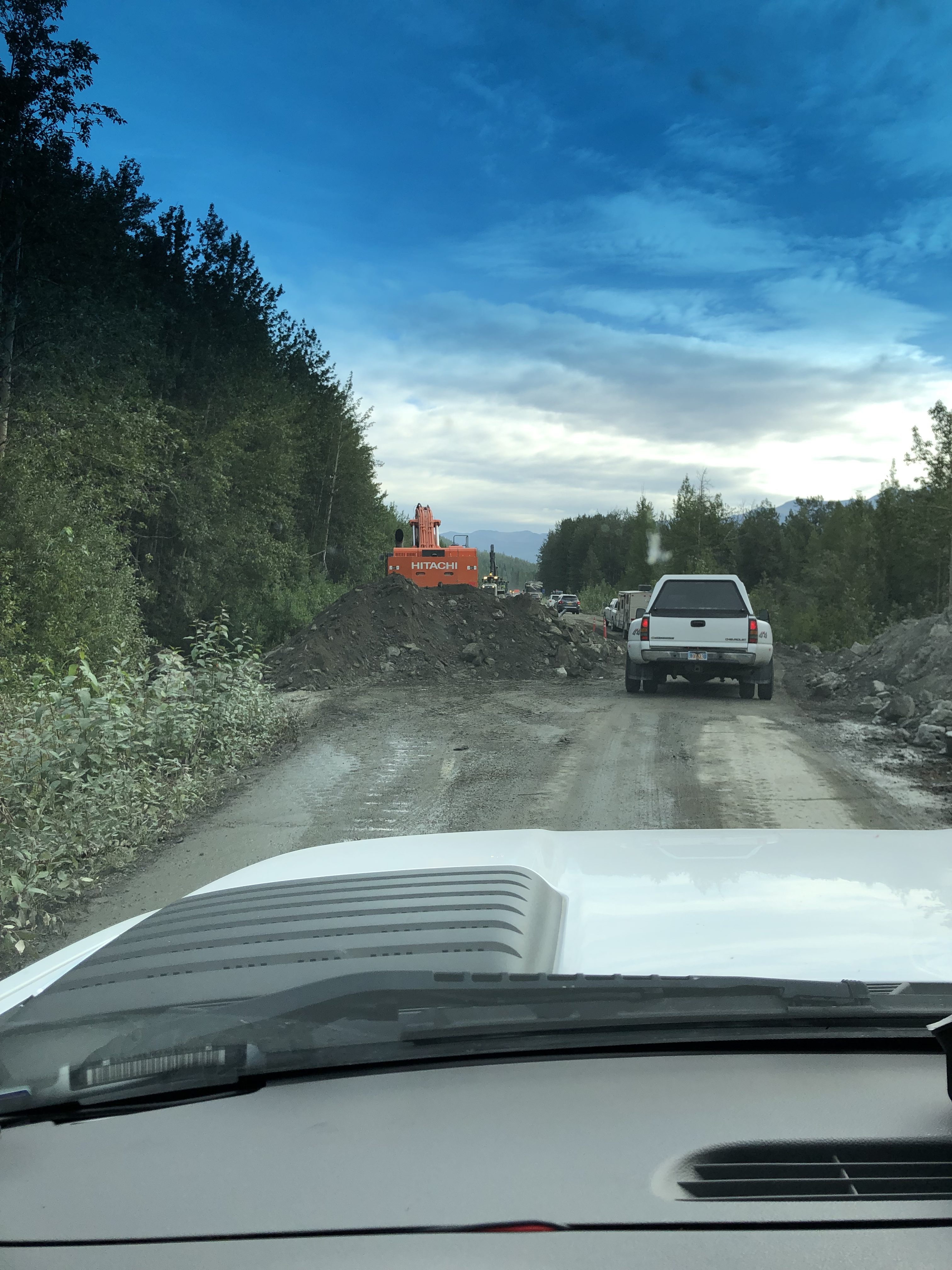 Tuesday Jack got a deal on four almost new tires In anchorage and we thought our mechanicals were over. Not to be! We had a bearing failure on the fifth wheel. Found out about it when we stopped for lunch. If we had gone longer it would have ment a new axel. Providence. So we sent the four of them on to Homer and Gary and Mickey waited for the good sam guy. Ken showed up 3 hours later and said not only bearings but also a new hub. So we bedded down in the rest stop and Ken went to anchorage the next morning for the parts. 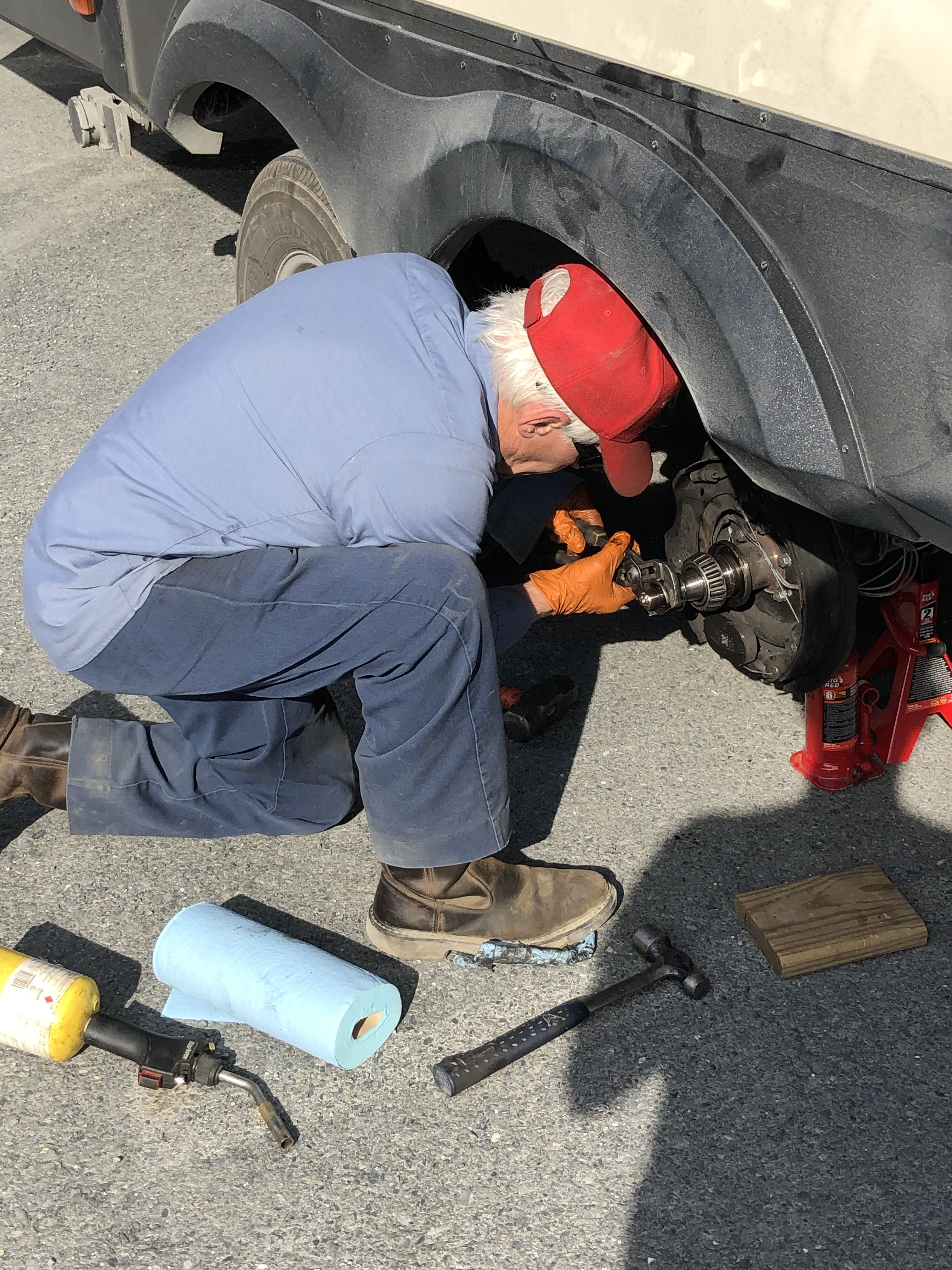 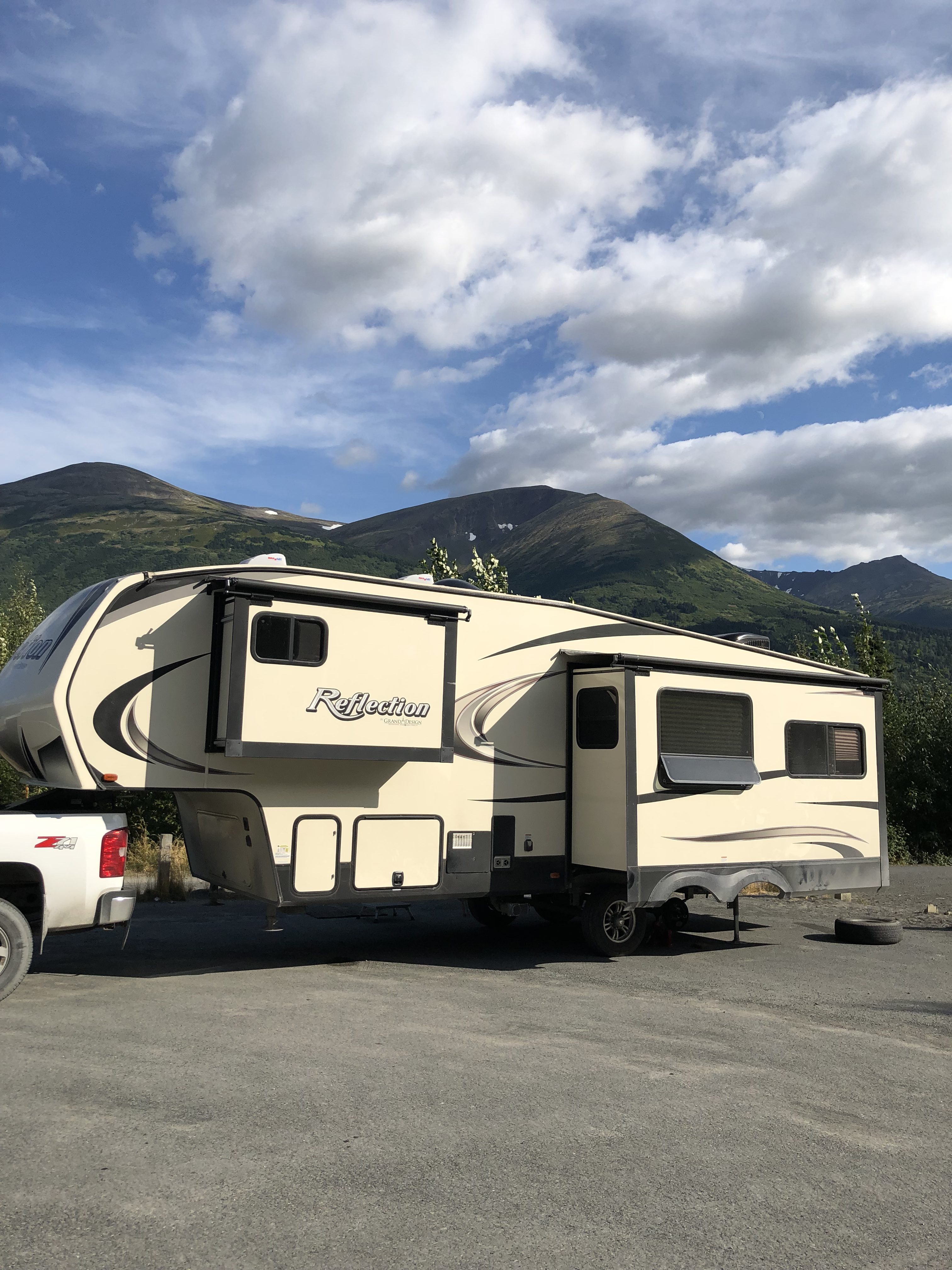 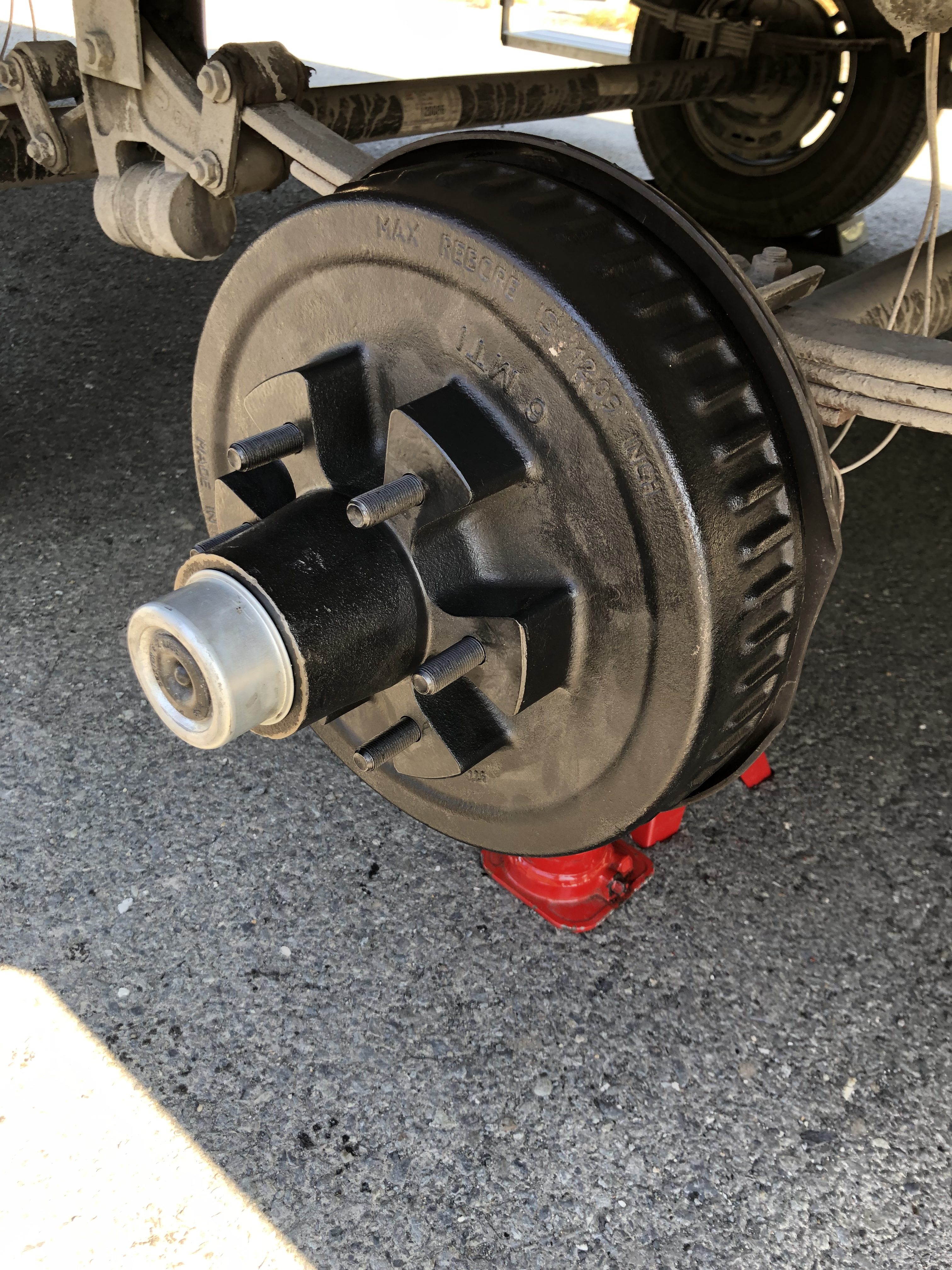 Except for the road noise a peaceful night. On Wednesday while our friends were on Homer we did Seward for the sixth time. The campground pic is the same site Barry, Deb, Gary and Mickey camped on in 2013. That’s the mountain trail in the-background they race up and down in under a hour on the forth of July. Ken finally showed up at 3 with the parts an off we went to anchorage to meet up with our friends on Thursday. These events have helped me be more patient and mellow. Having a road house with a well stocked liquor cabinet helped as well. Mickey and the musk ox (beauty and the beast) we’re at the hotel we stayed in 2015. The Hamburg at Moose Pass was $18.00 and gets the best hamburger award in Alaska every year. Angus beef, hot deer sausage, bacon, and a egg. Plus a side of chili. Evergreen when I get back. w 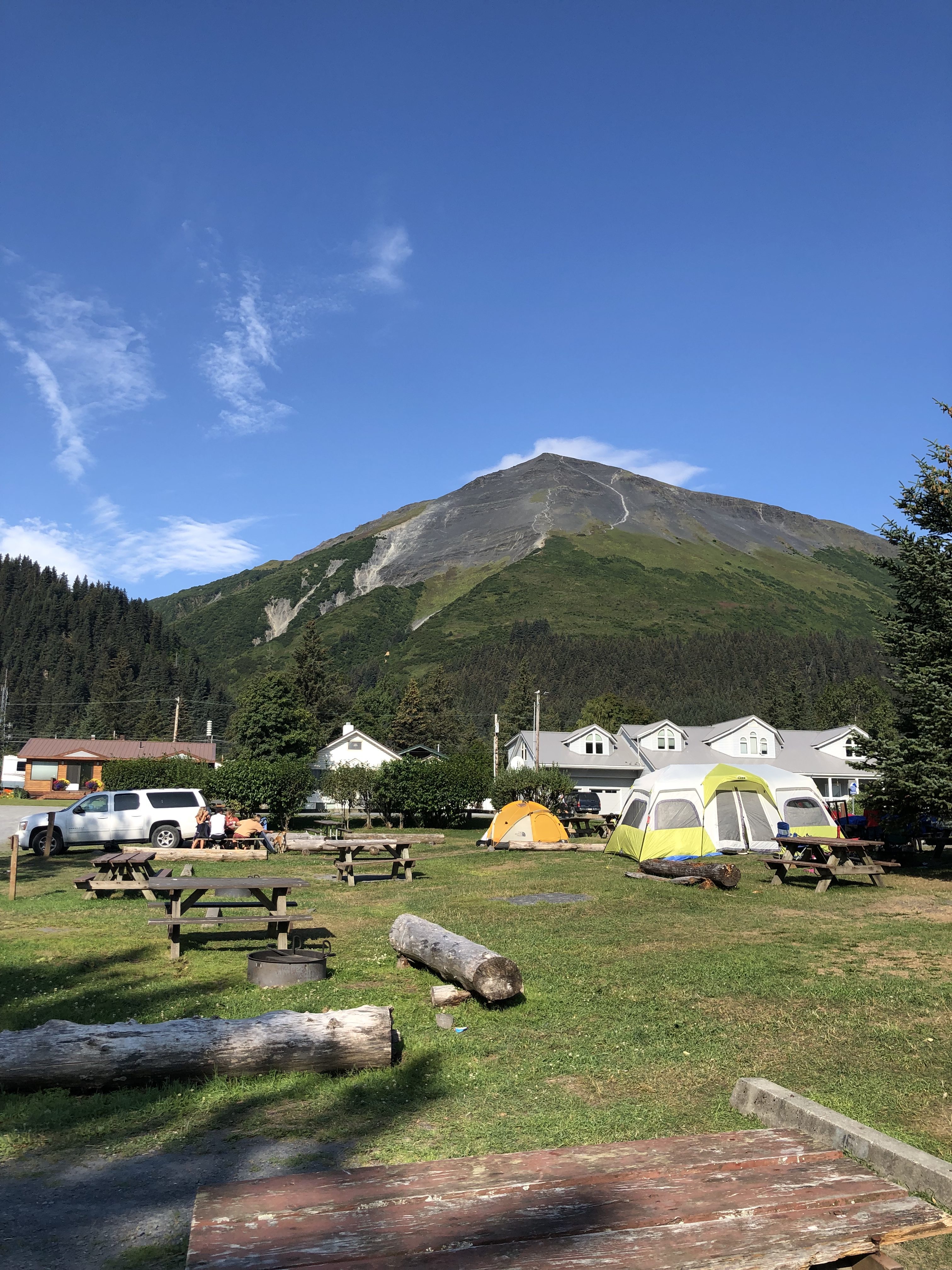 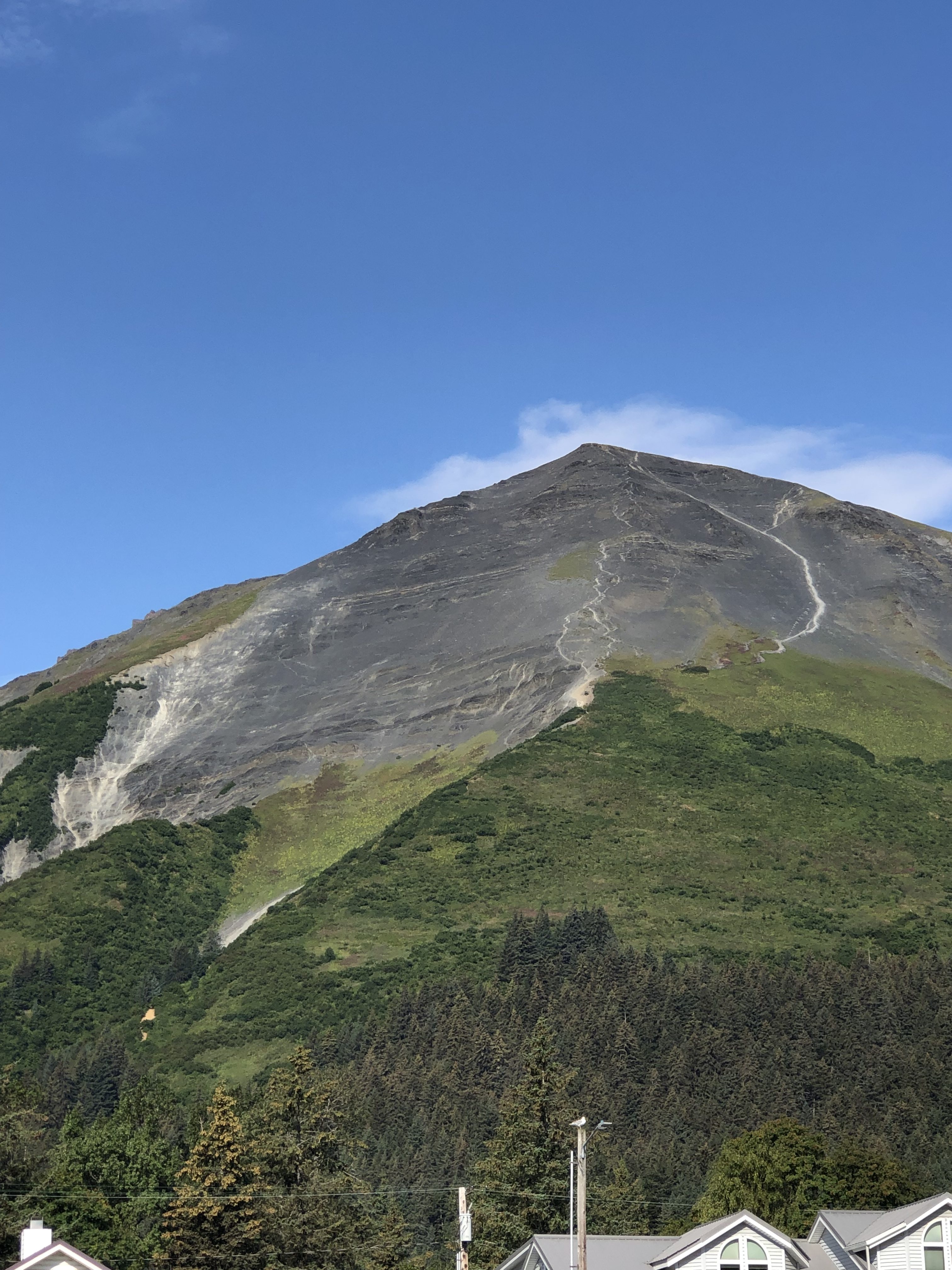 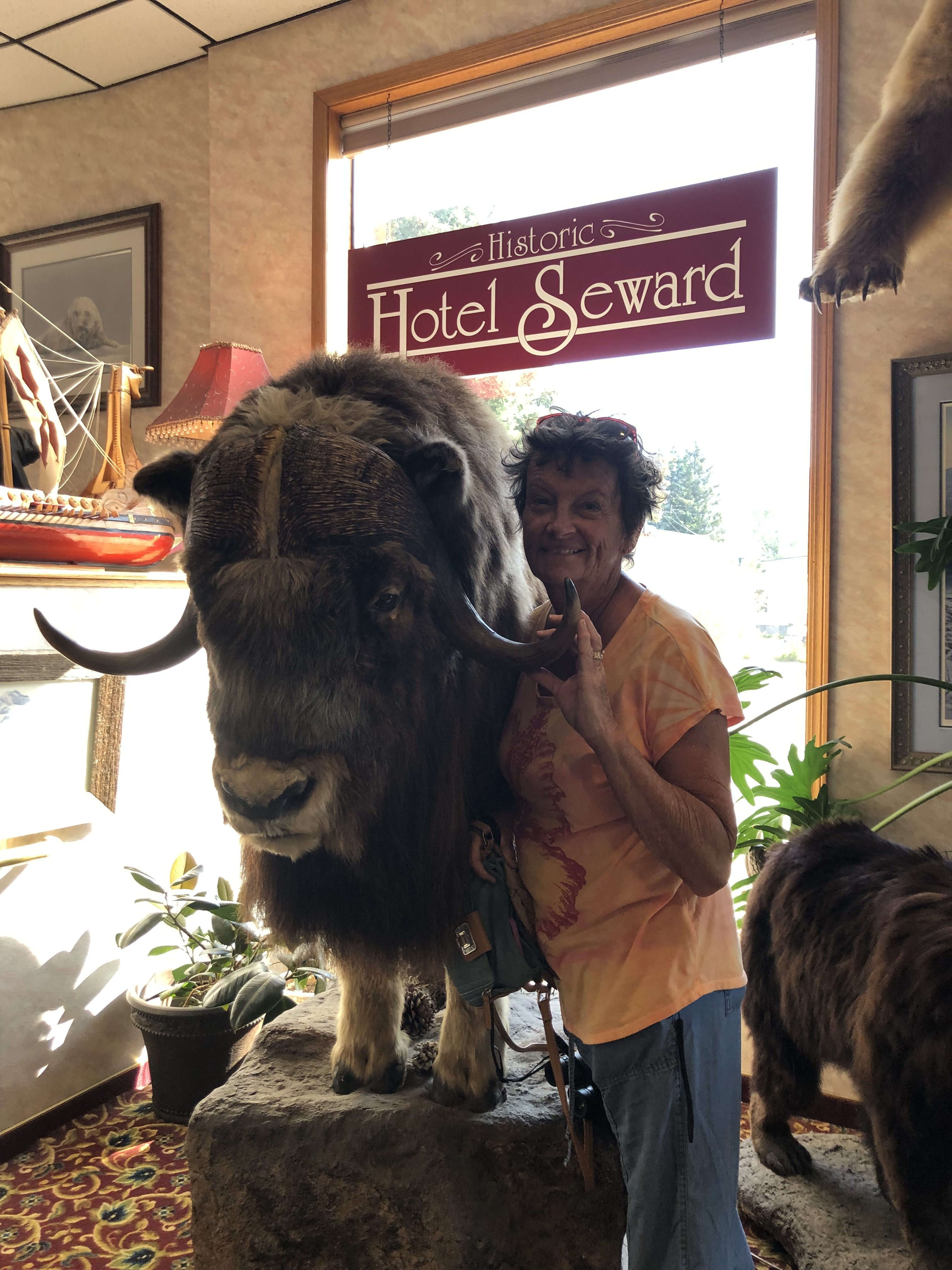 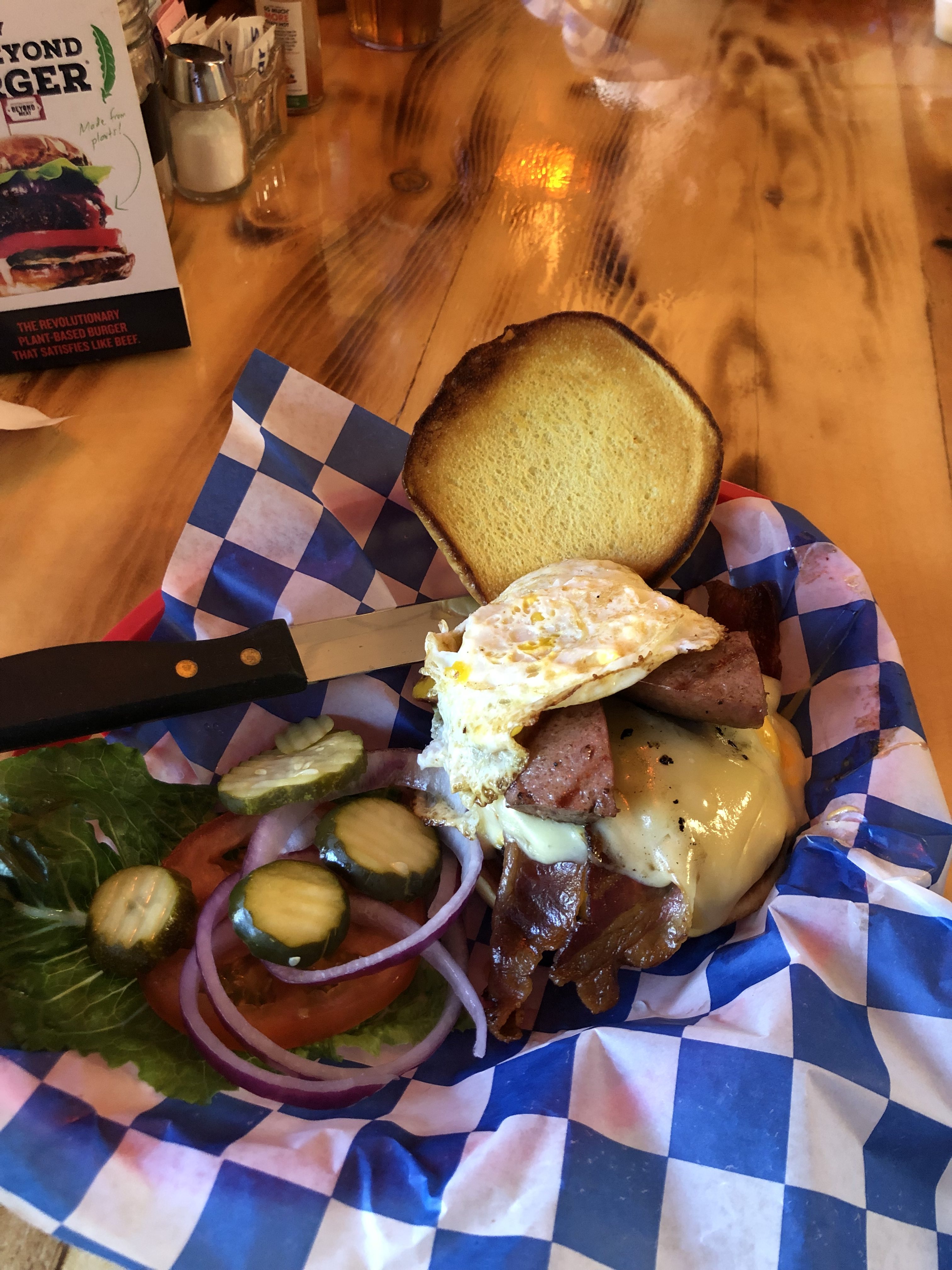 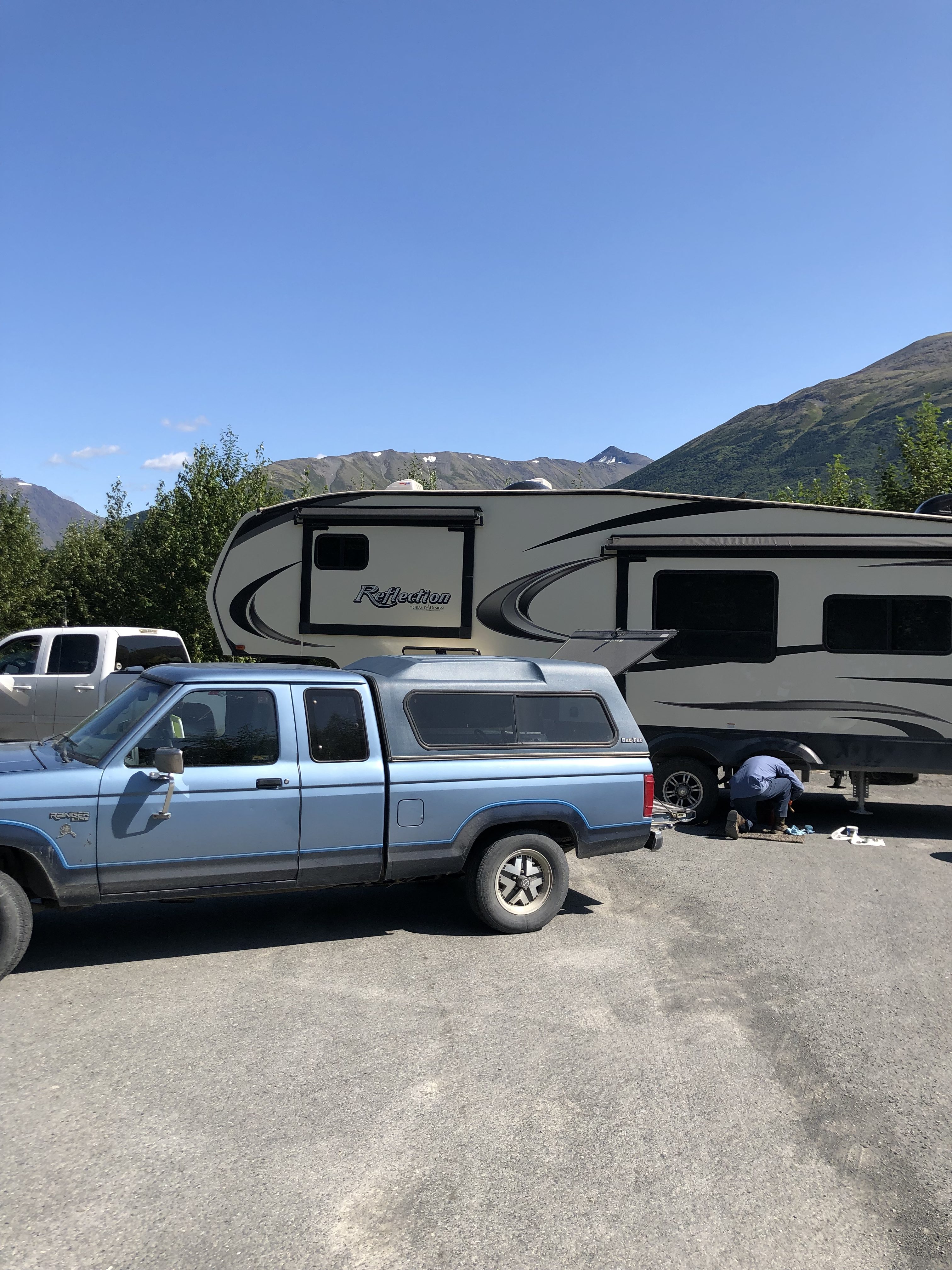 WhiteHorse to Congdon Creek and Bearclaw Creek
First bearings, now slide out, and then Talkeetna