On Wednesday we stopped at Pink Mountain for gas and propane. In talking to the owner, he said it was the worst summer in 16 years. June and July only had six days of nice weather. The fires up north caused some to abandon their Alaska trips. And then the killings by Laird scared off others. We had good weather, no fires, and are alive and kickin.

Pretty uneventful ride to the Glowing Embers Campground in Edmonton. Bathrooms the best ever with quarry tile and no bad smells. We washed our rigs and I found a cigar store (only in the summer). Liked the ATV on the back of the pickup, but wouldn’t work with a fifth wheel. 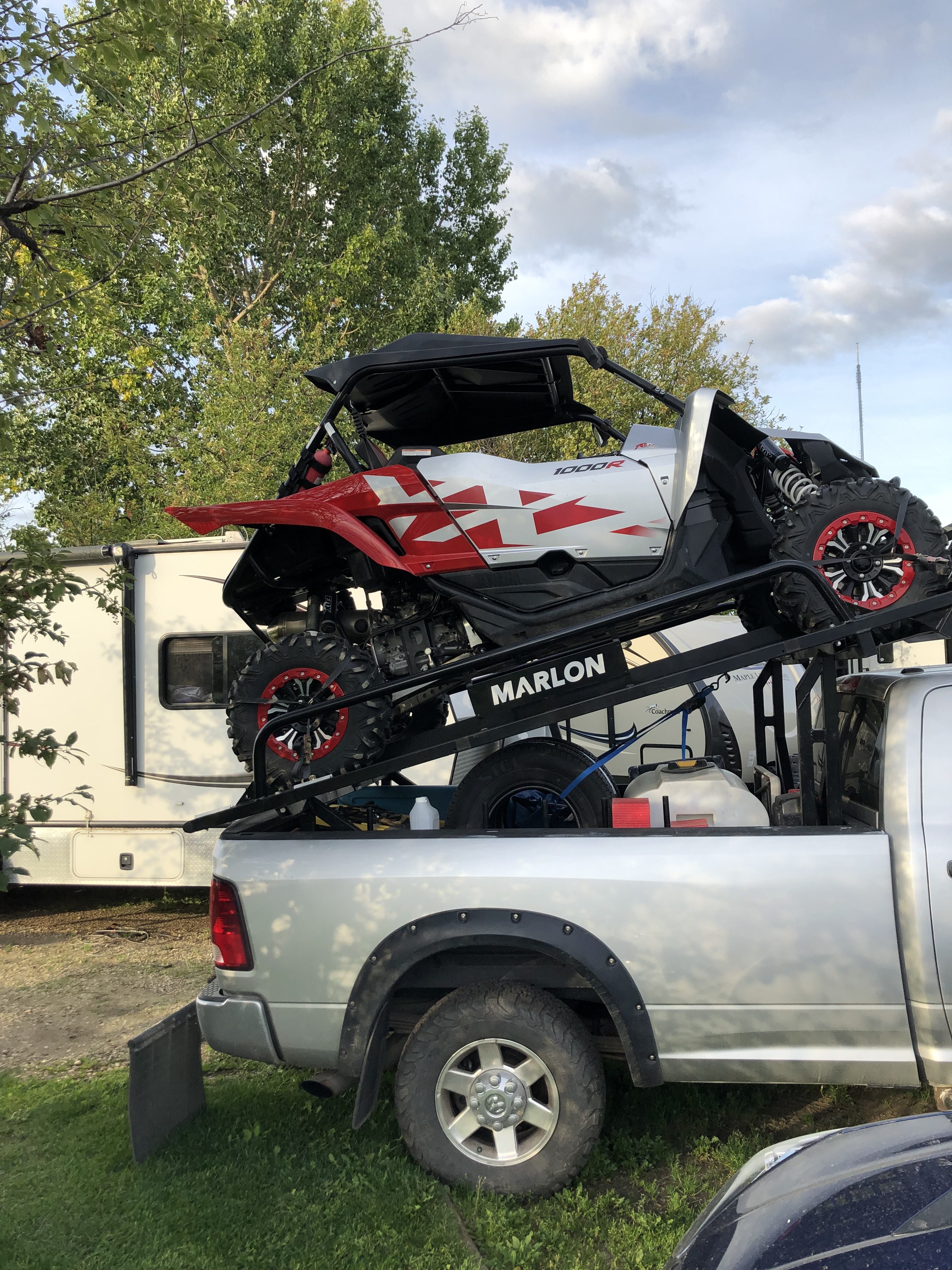 Thursday was the Blackstrap Provincial Park. Didn’t know a thing about it ahead of time, but Sunset Ridge was a great view. And speaking of bathrooms, the best ever outhouse. RVing makes you appreciate stuff you take for granted back home. They also had free wood that cost me later. 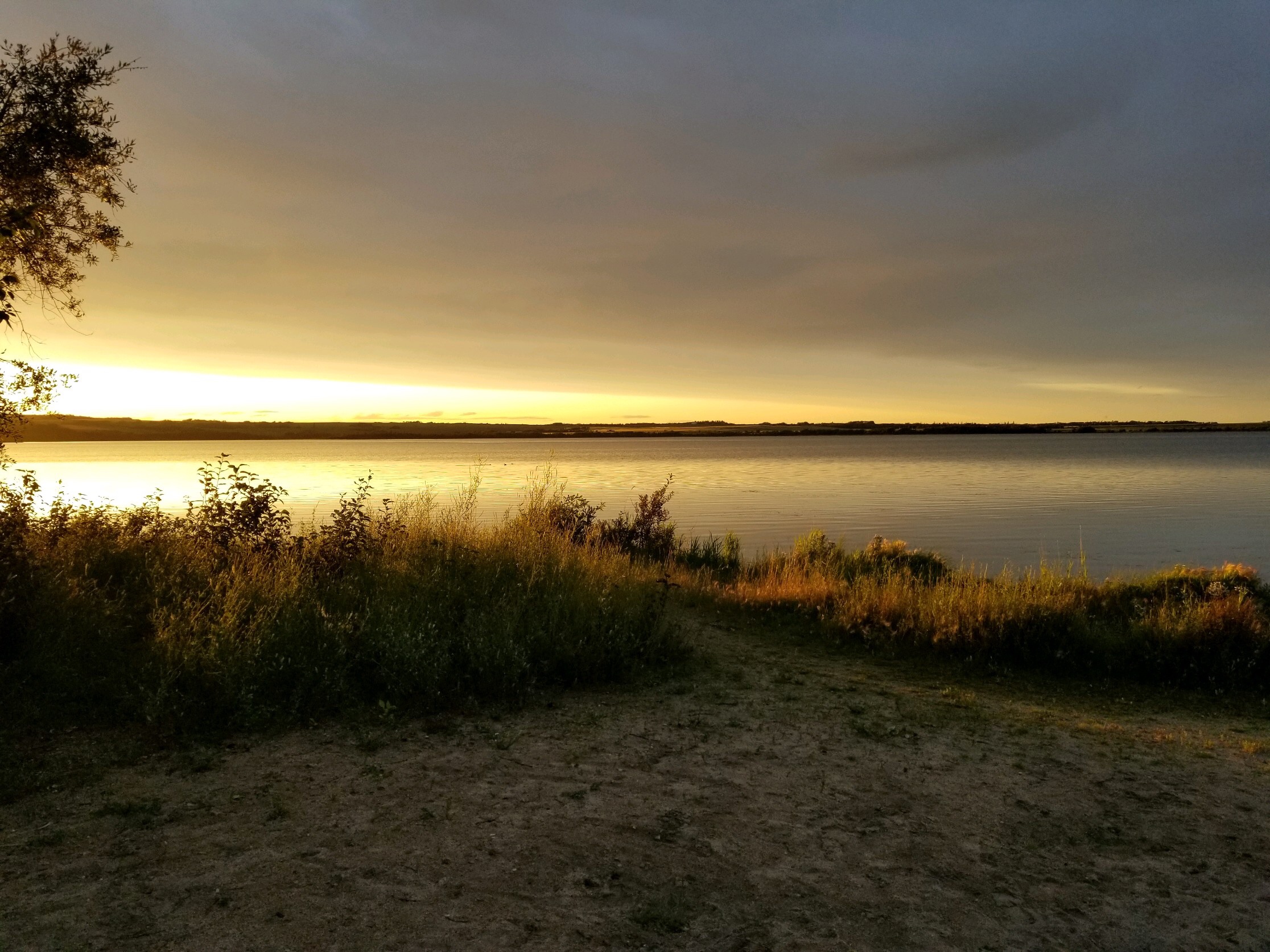 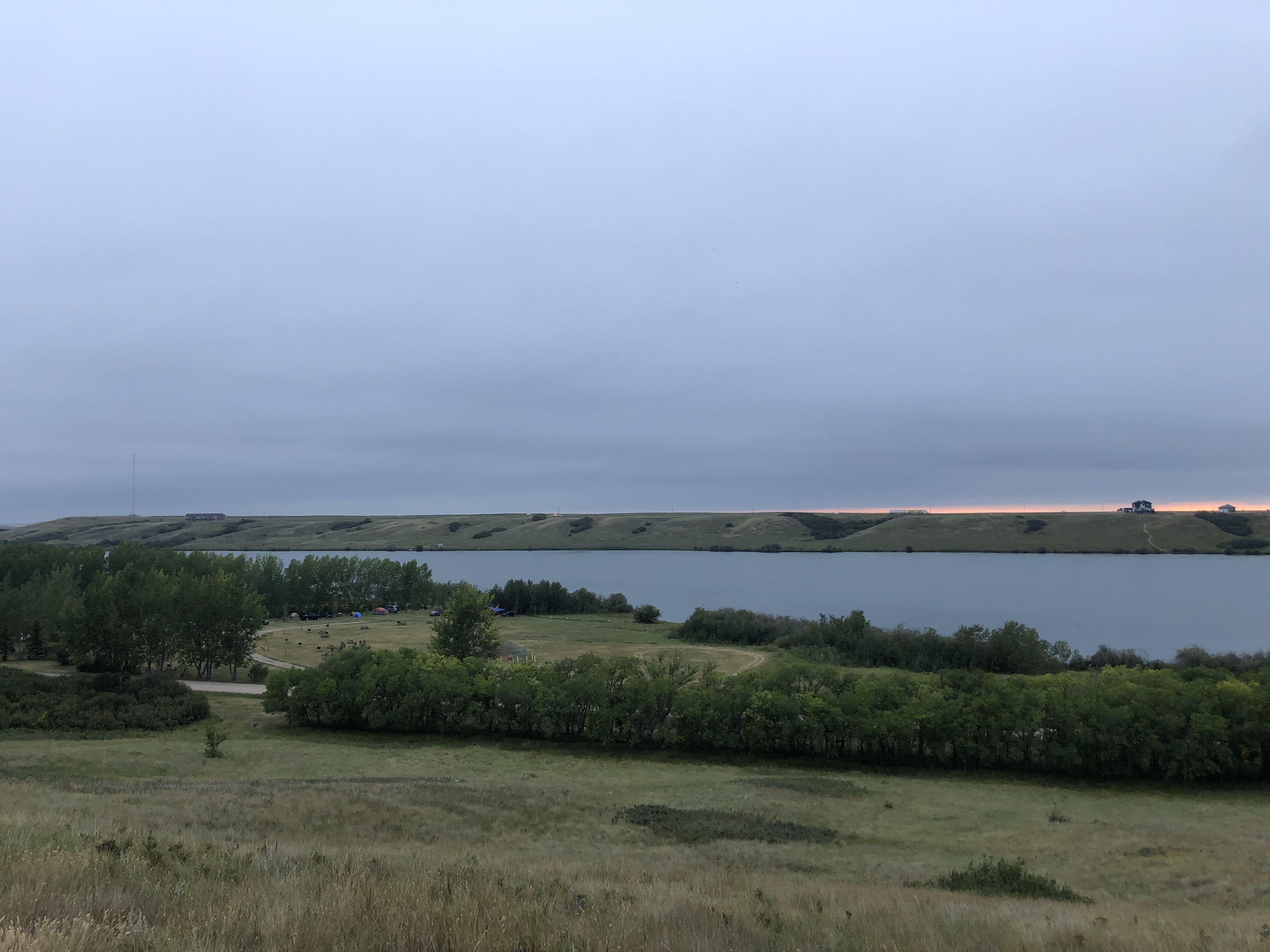 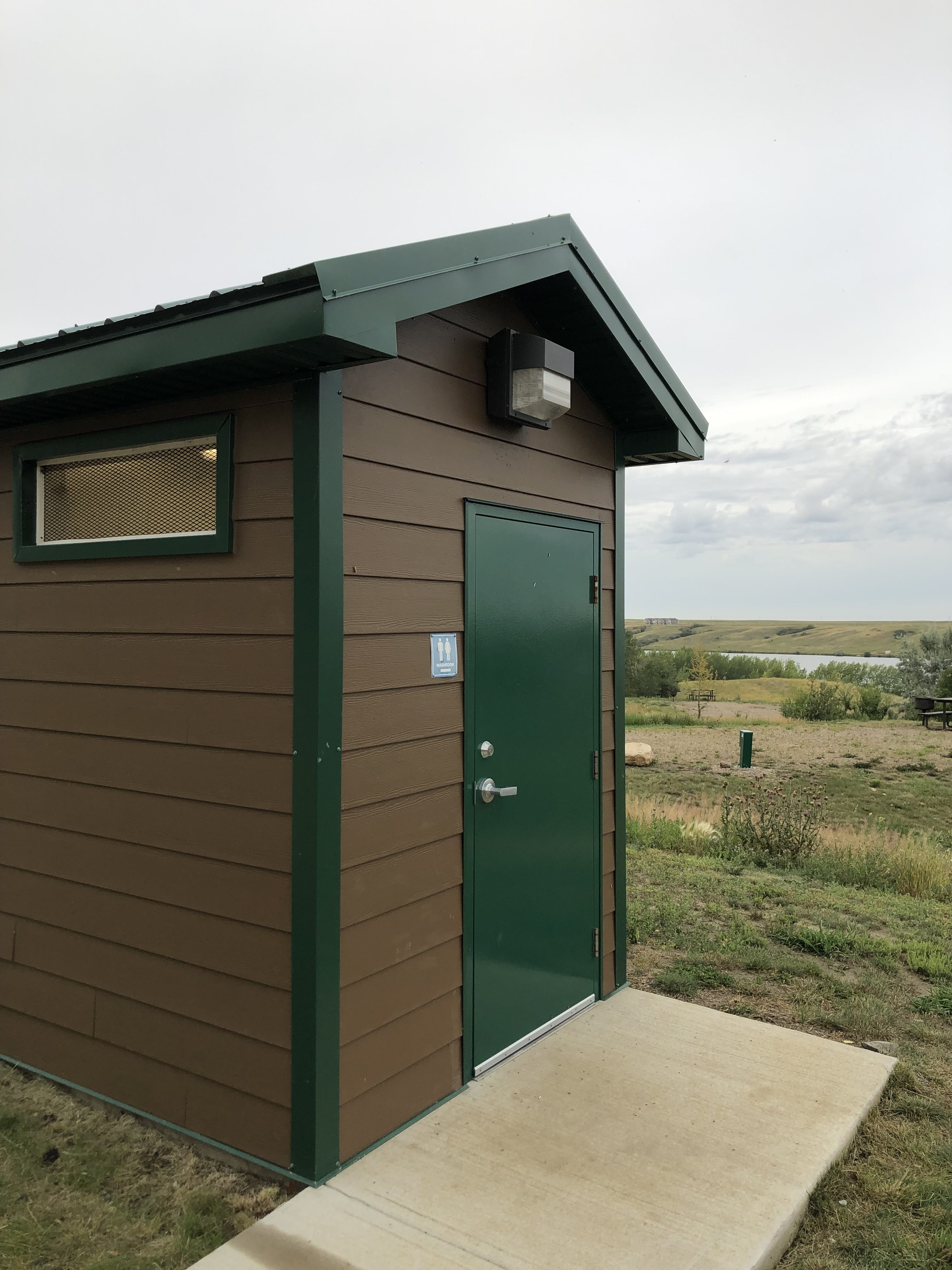 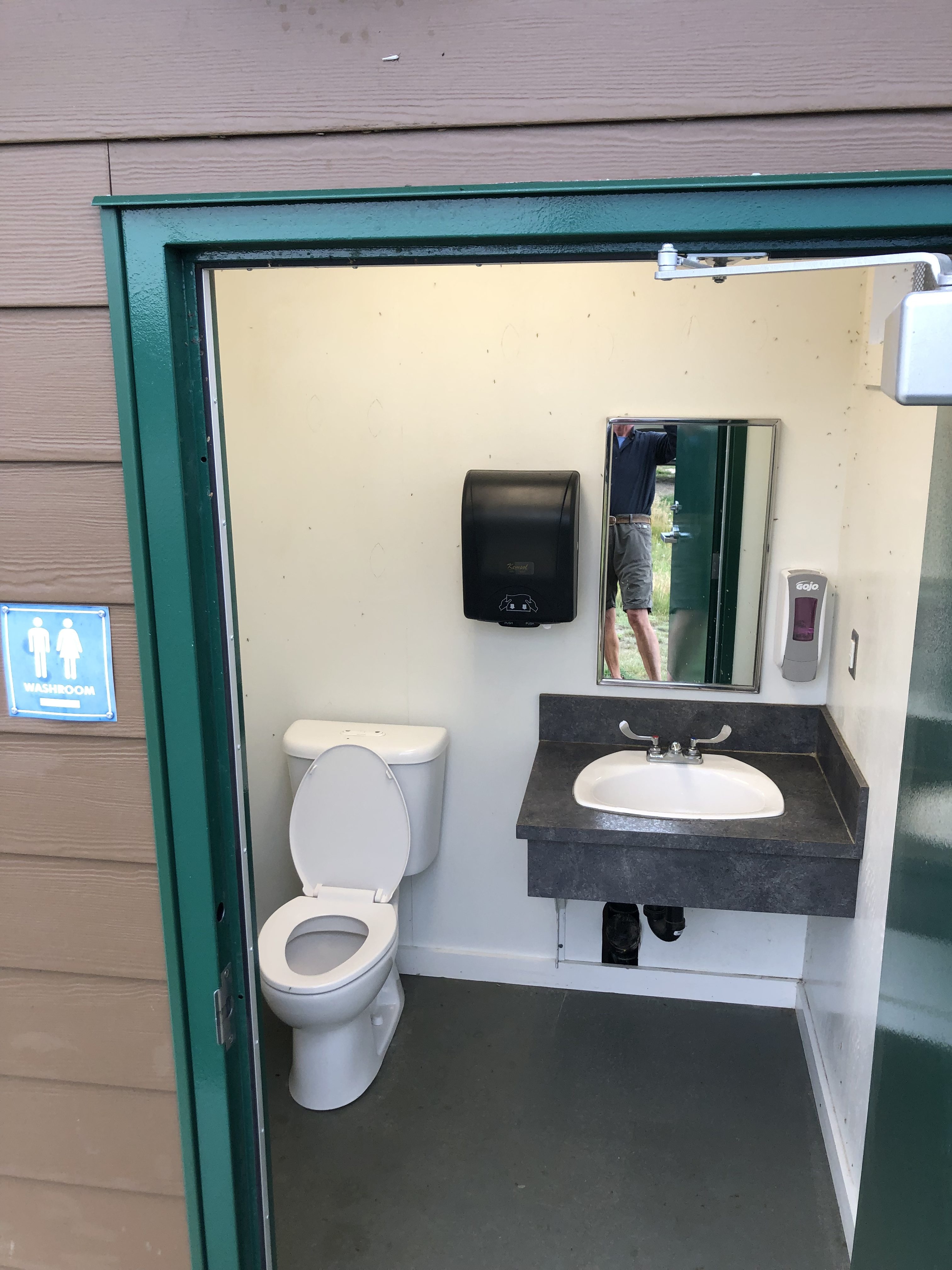 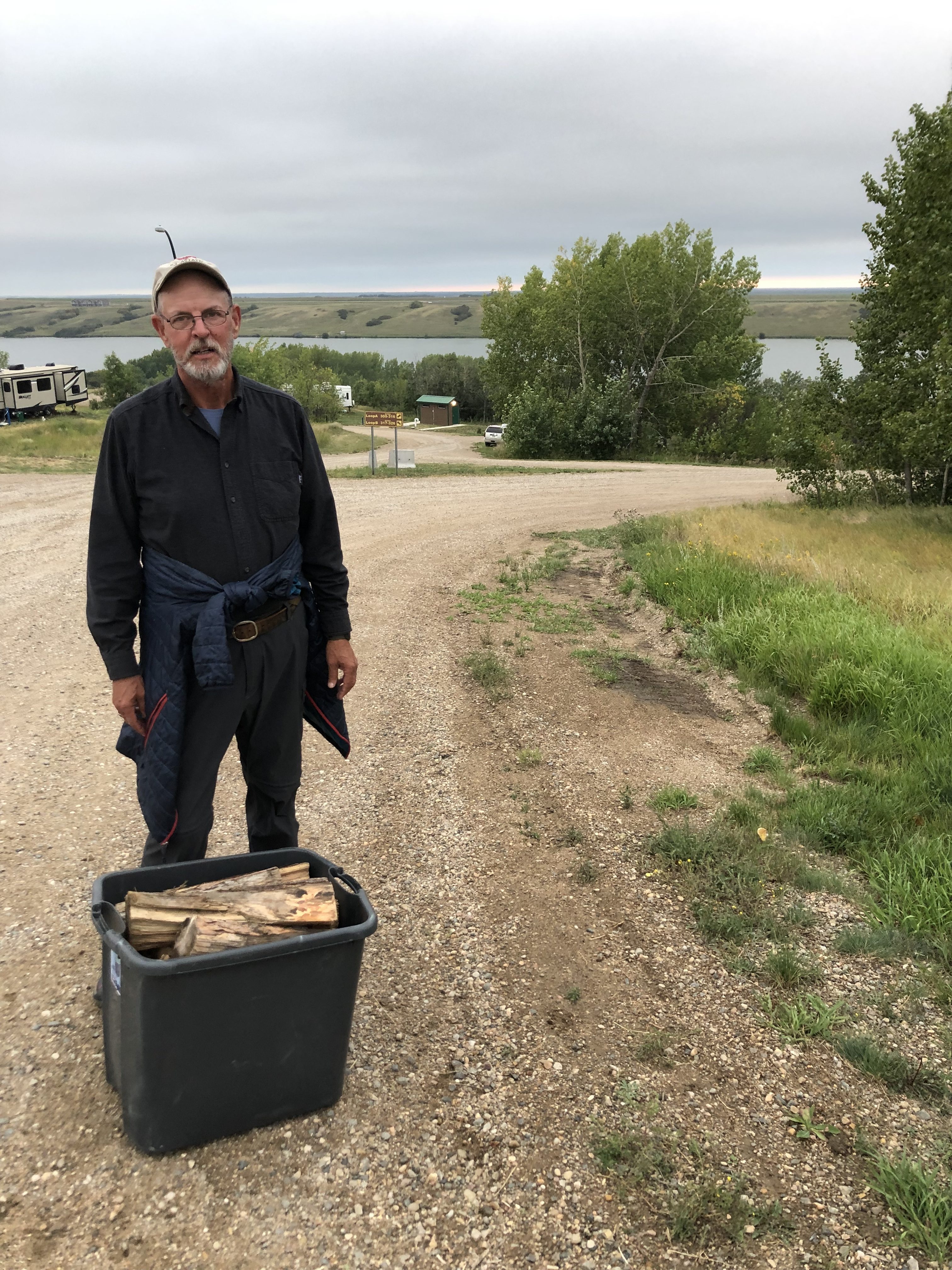 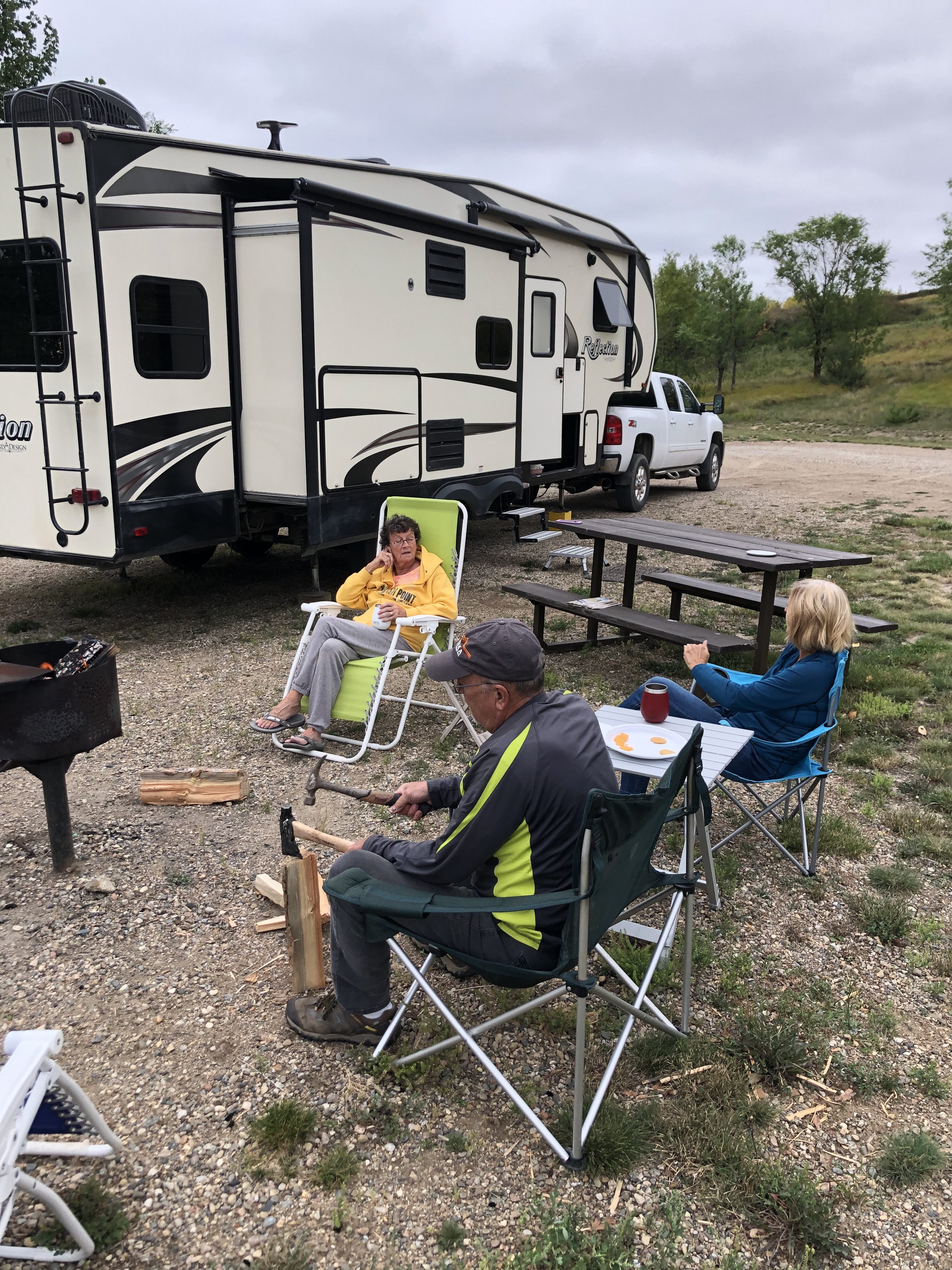 We cleared customs three times in North Portal/Portal. The US side first, where I answered honestly to the do you have any fire wood question. Honesty was easy cause the 7 pieces were laying there in the back of the truck. Then the Canadian side, where that guy said go find a ditch to dump it in, after we officially cleared back into Canada, then back through the US, where the new guy rolled his eyes when we said the other guy said we had to go back to Canada for 7 pieces of wood. Nice to know we’re safe from he Canadian ash borer.

The DesLacs River Valley north of Minot is one of our favorite drives. Low hills that the high school graduating classes have “stoned” the year they graduated. Jack and I thought about doing SCHS 1967, but didn’t (are we that old)? Big thunderstorms overnight at the RoughRider campground in Minot. We’re snug as a bug but felt sorry for the tenters. 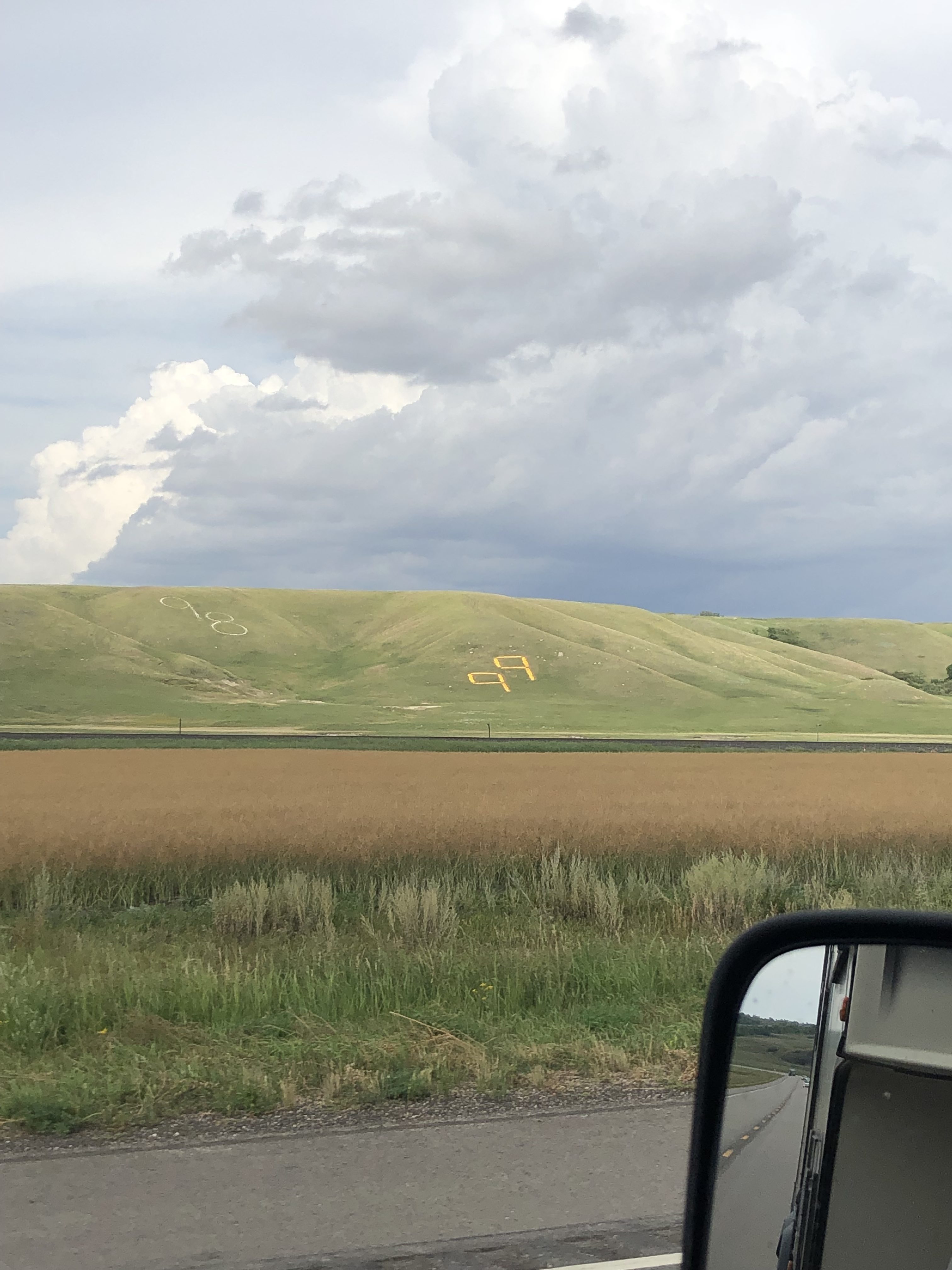 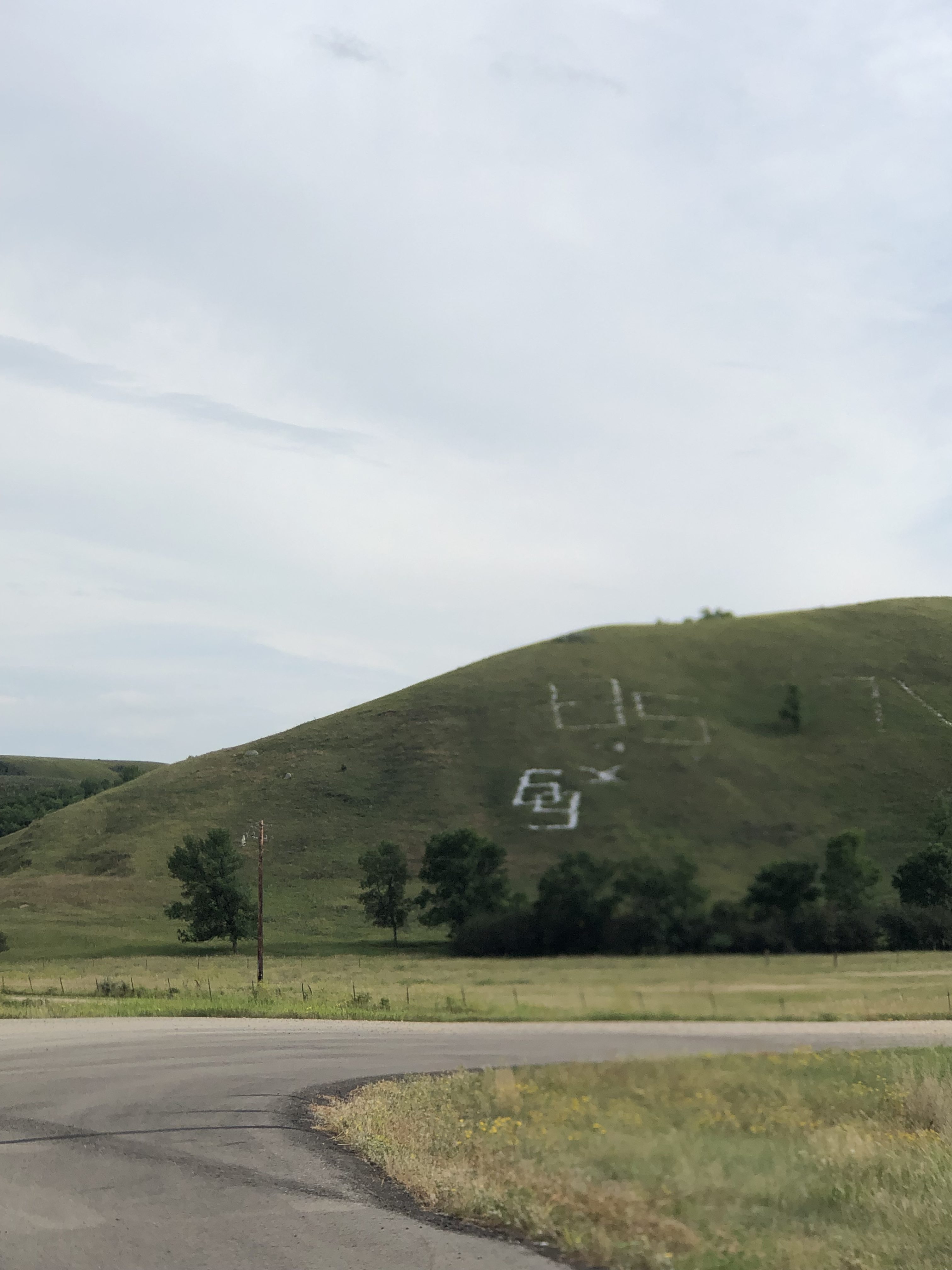 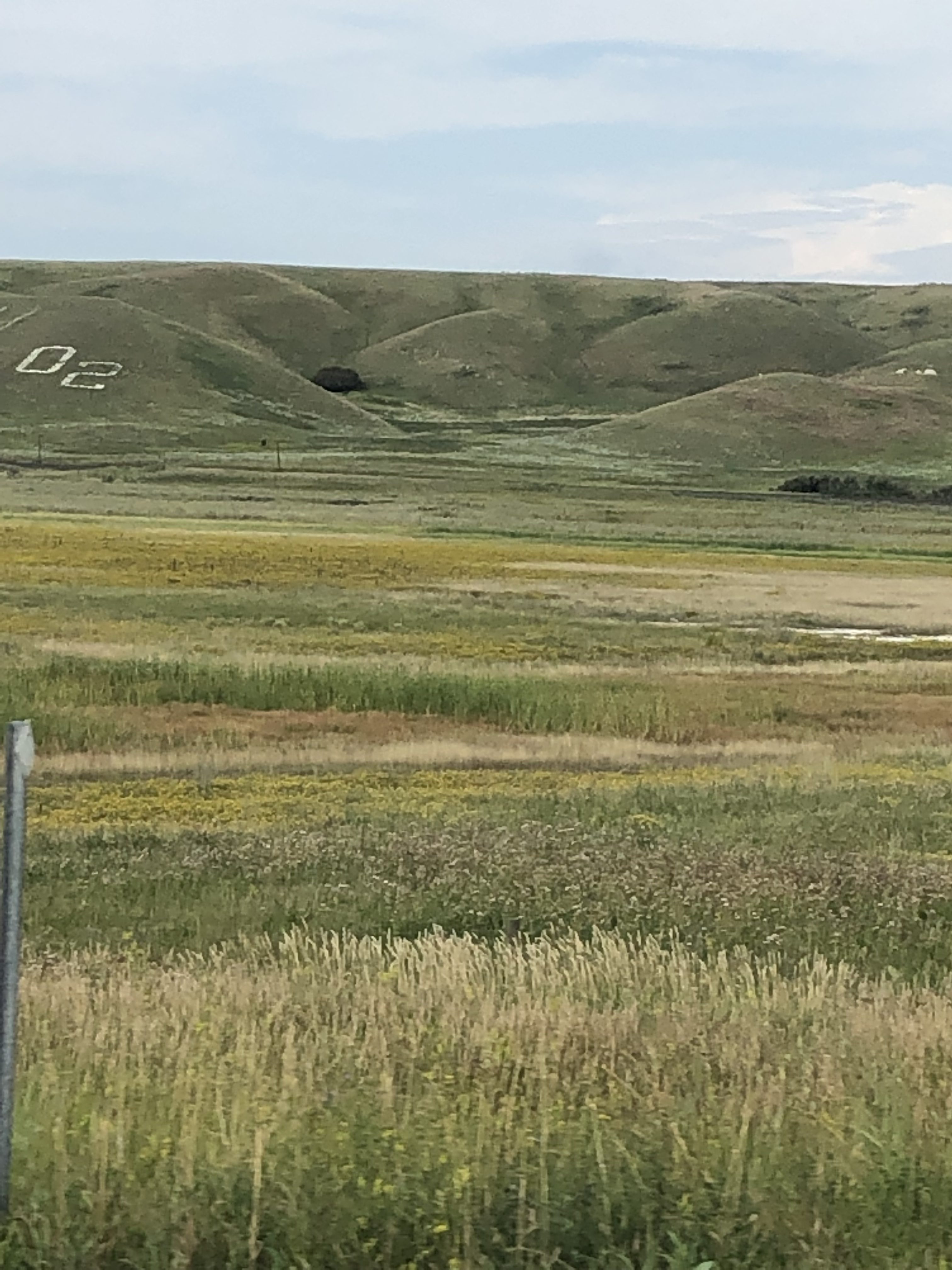 Sunday morning doing XM southern gospel and praising God for Al Walters. Met a couple that did this tear drop rig from Kentucky. He’s 6’, don’t think my 6’4” would work. Back on US 2 again only this time east bound to Cass Lake MN. 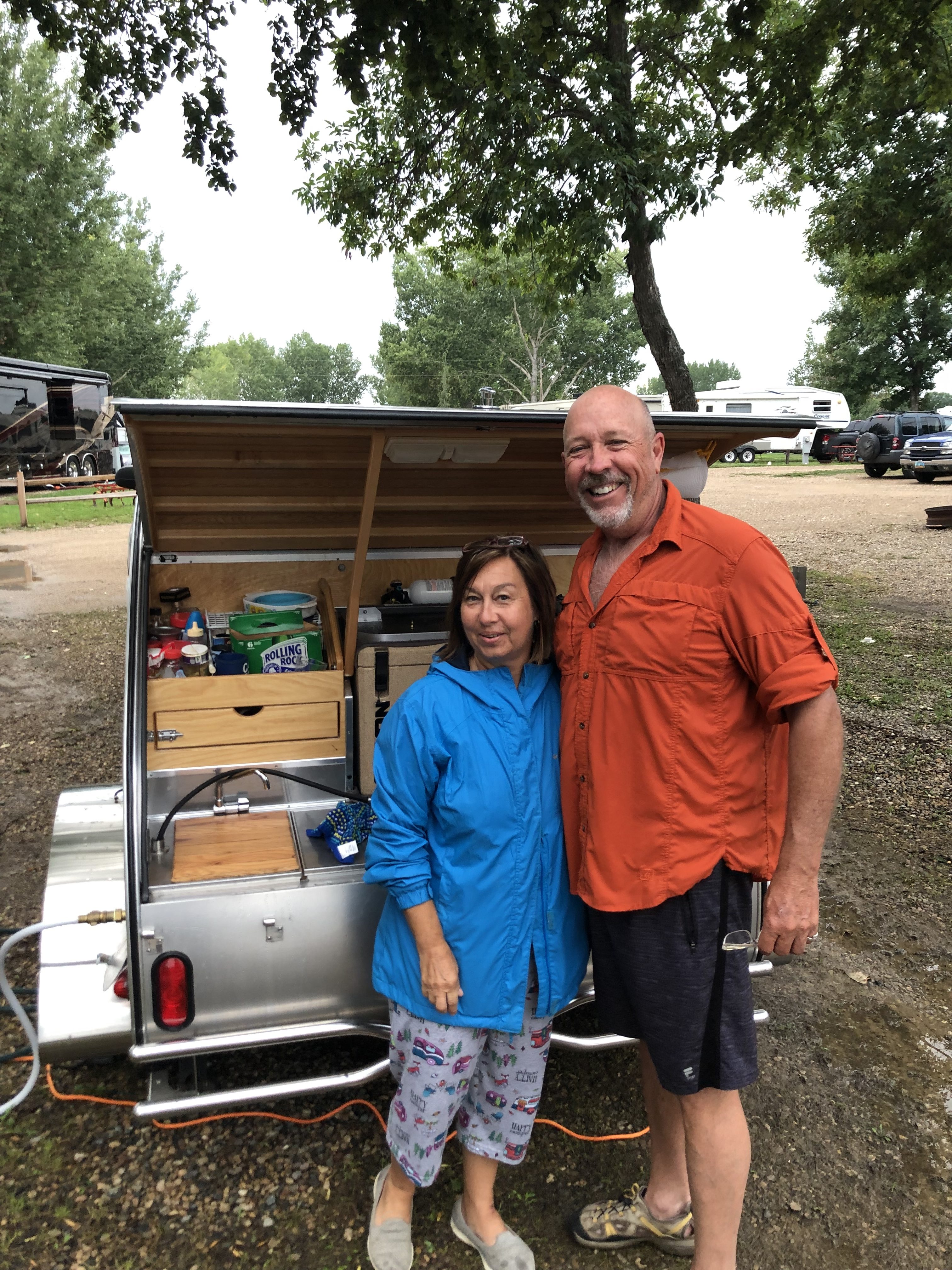 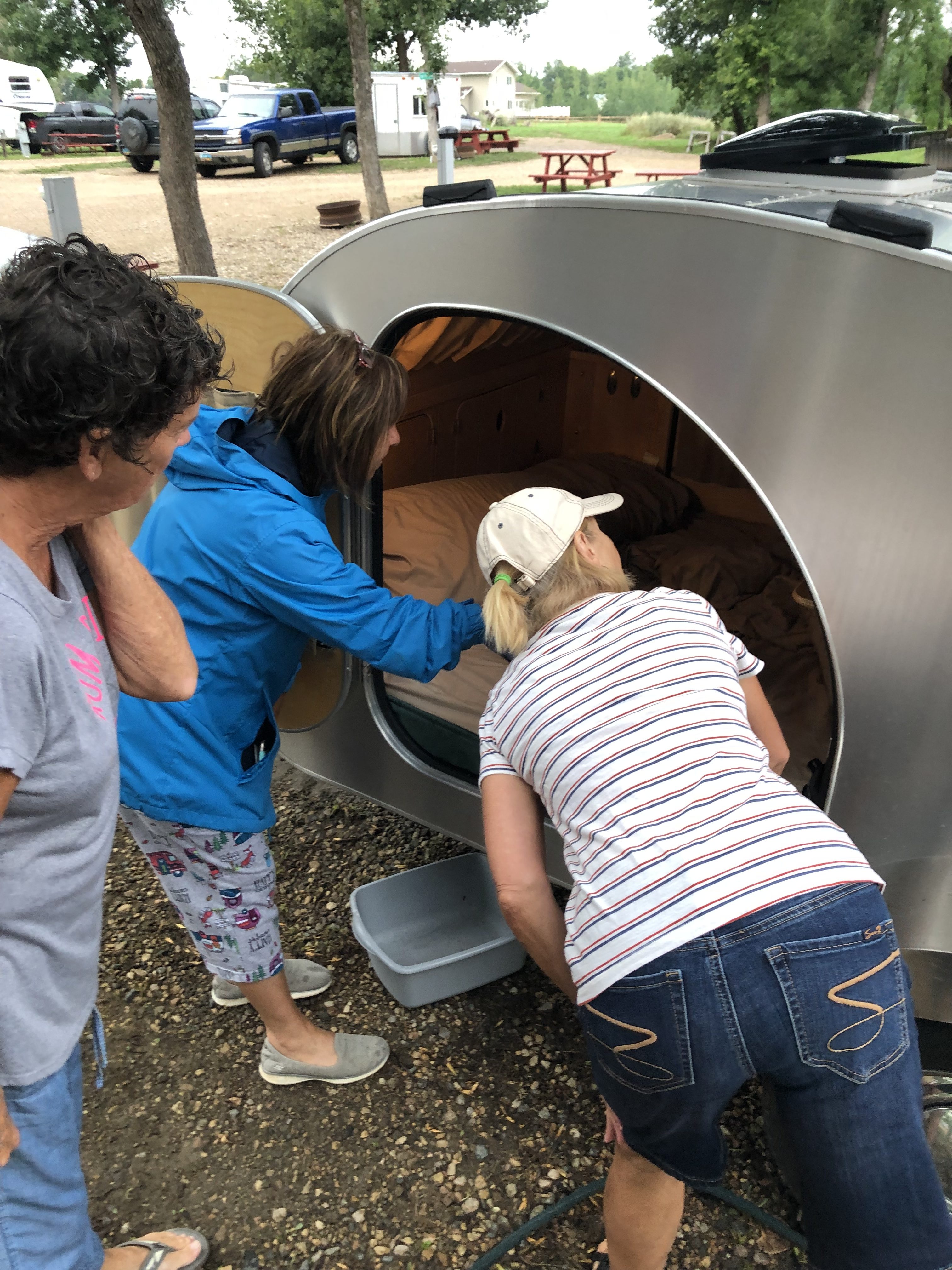 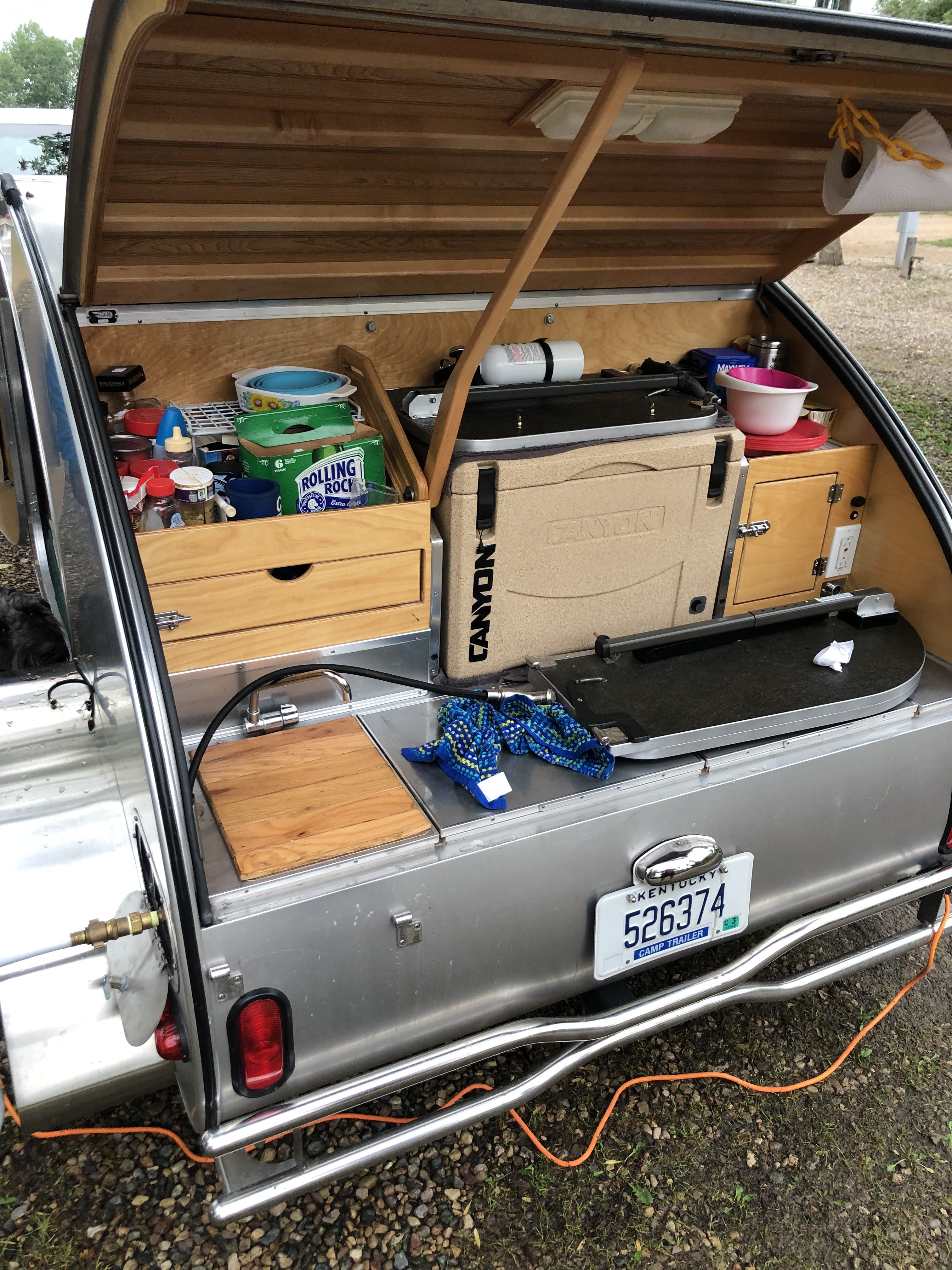 Stoney Point Resort is an old time (1937) up north resort that we’ve stayed at twice before. Enjoyed the pool and spa, and took the girls out to dinner at its restaurant. Which brings to mind, we only ate out about 10 times the whole trip. Refrigerators and great cooks helped keep us on budget. 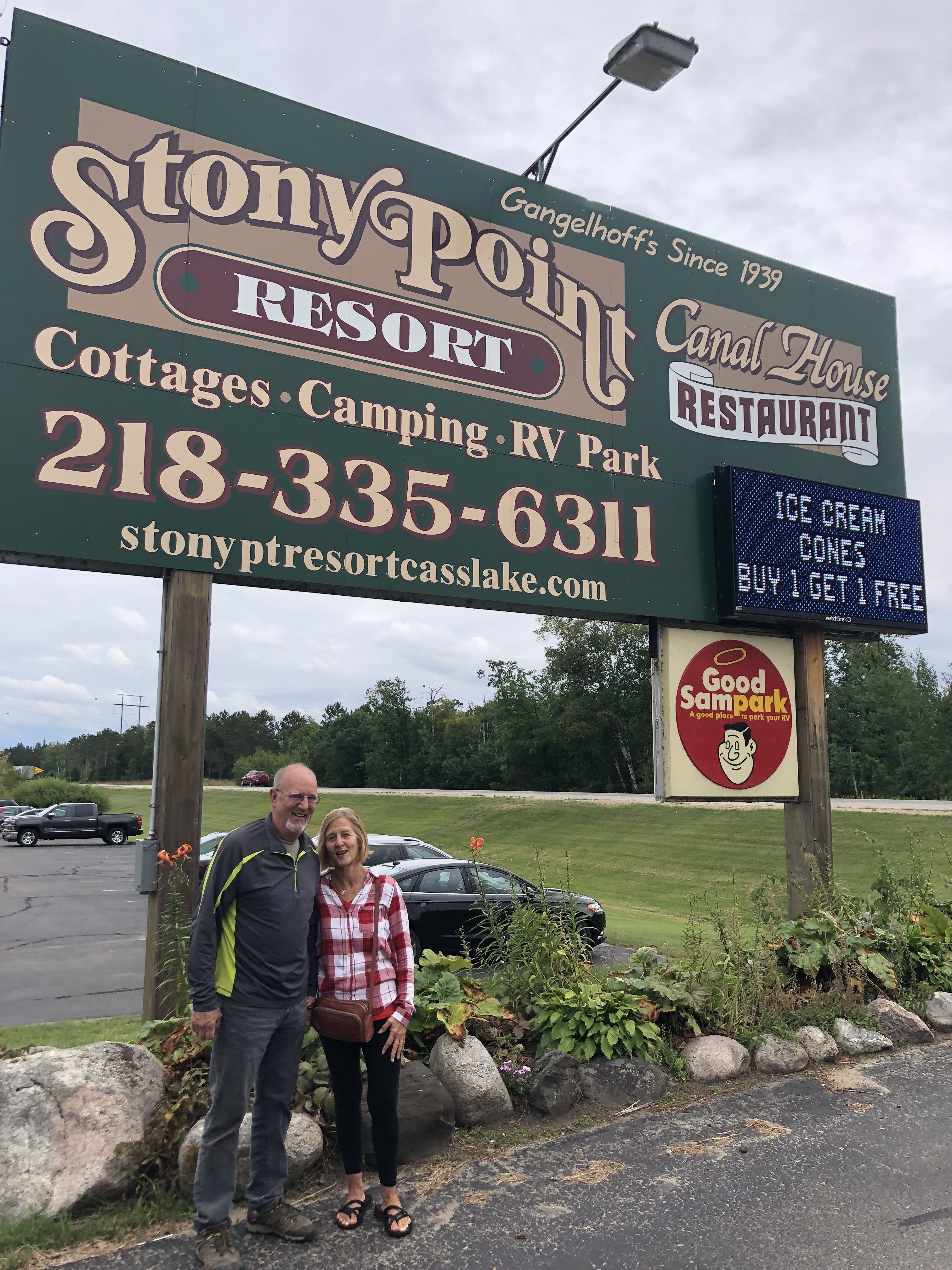 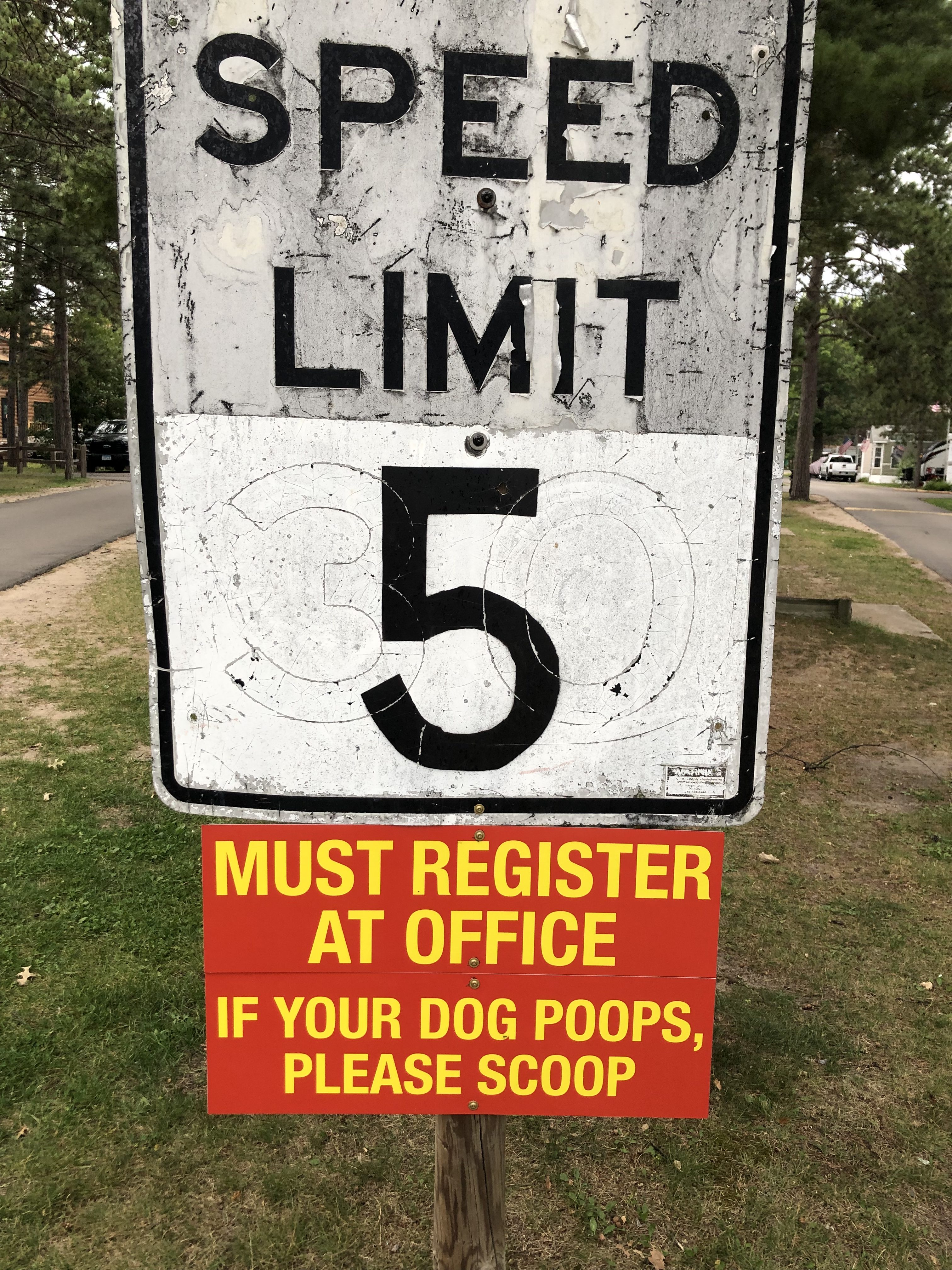 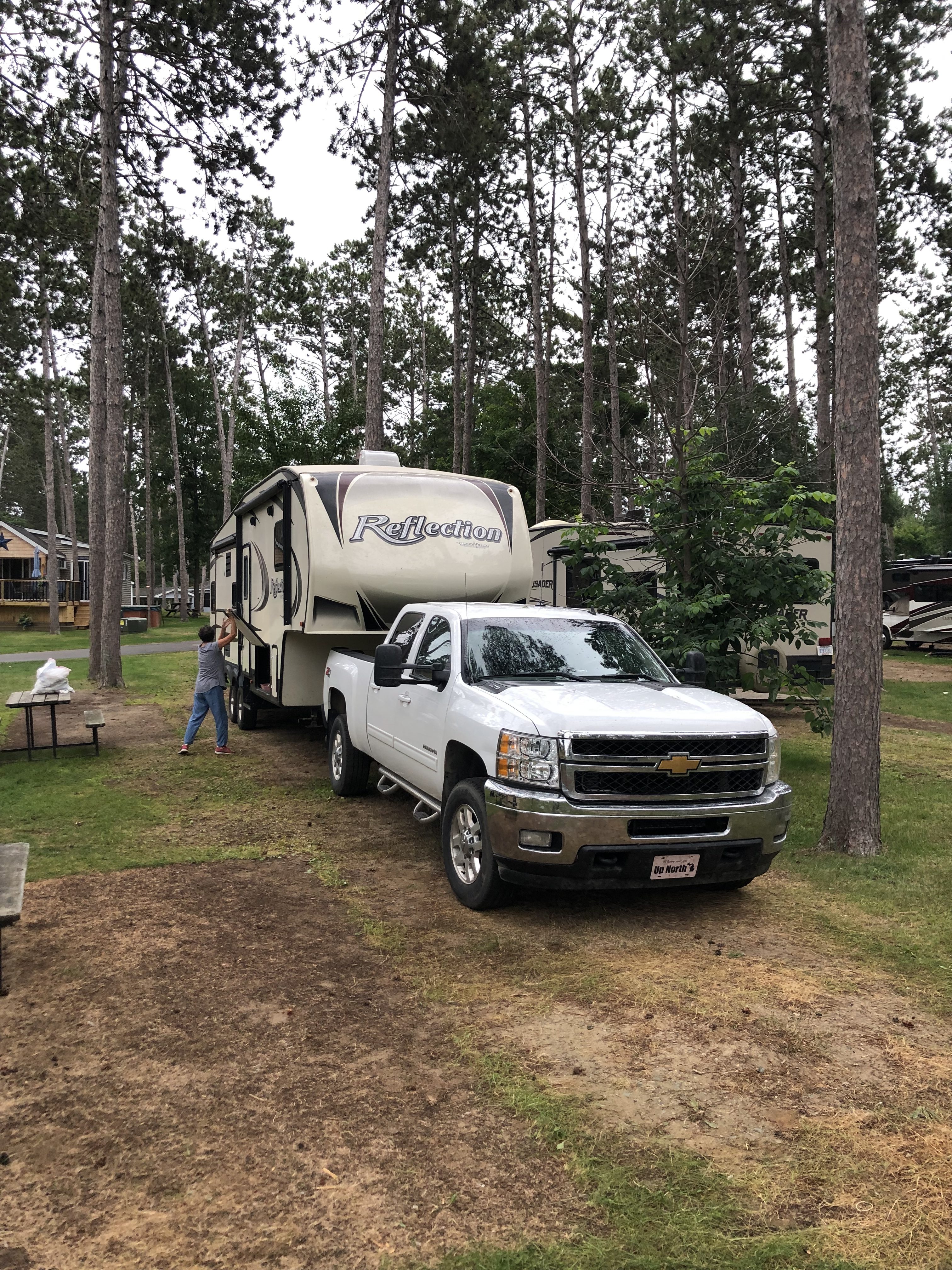 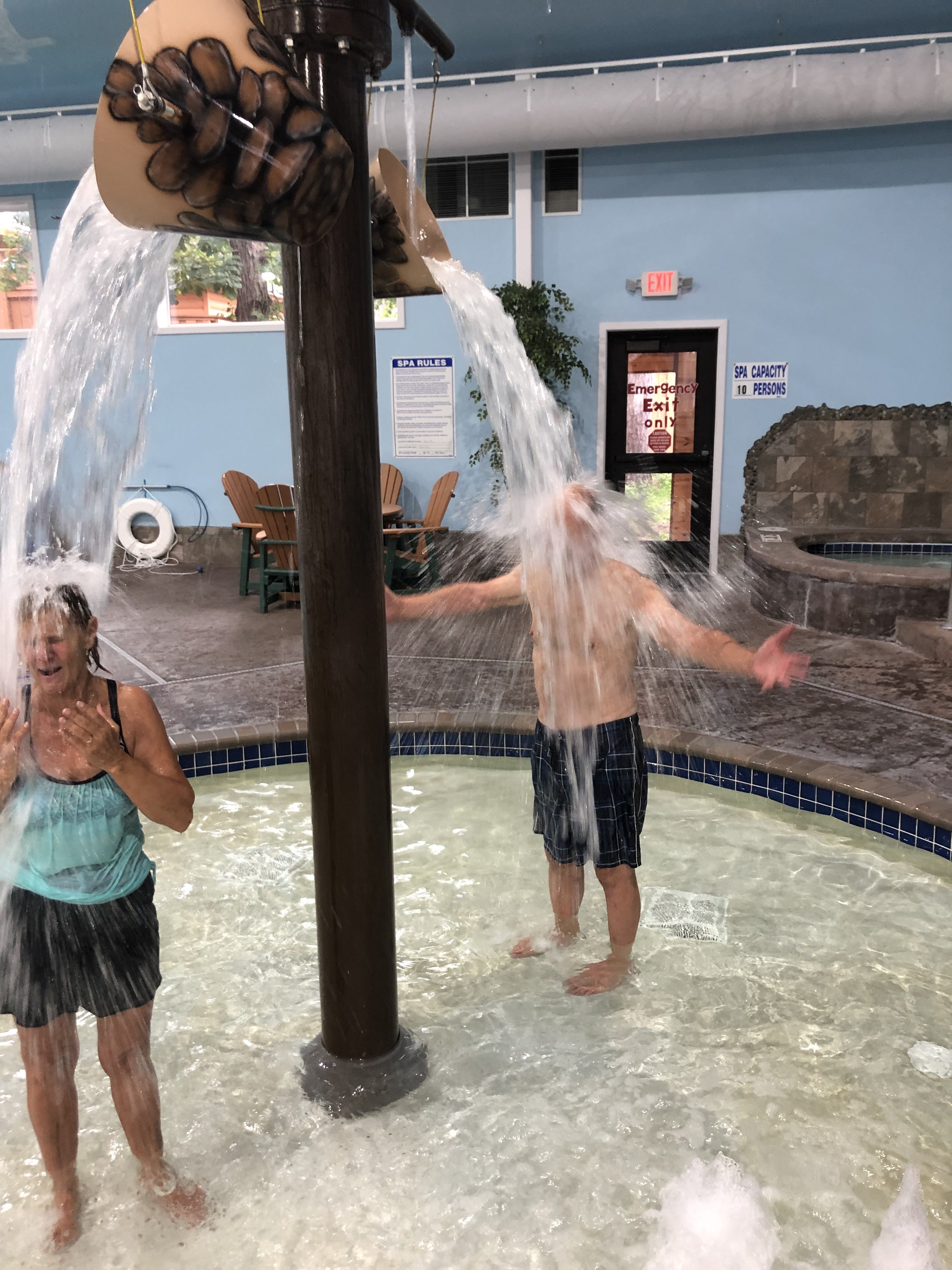 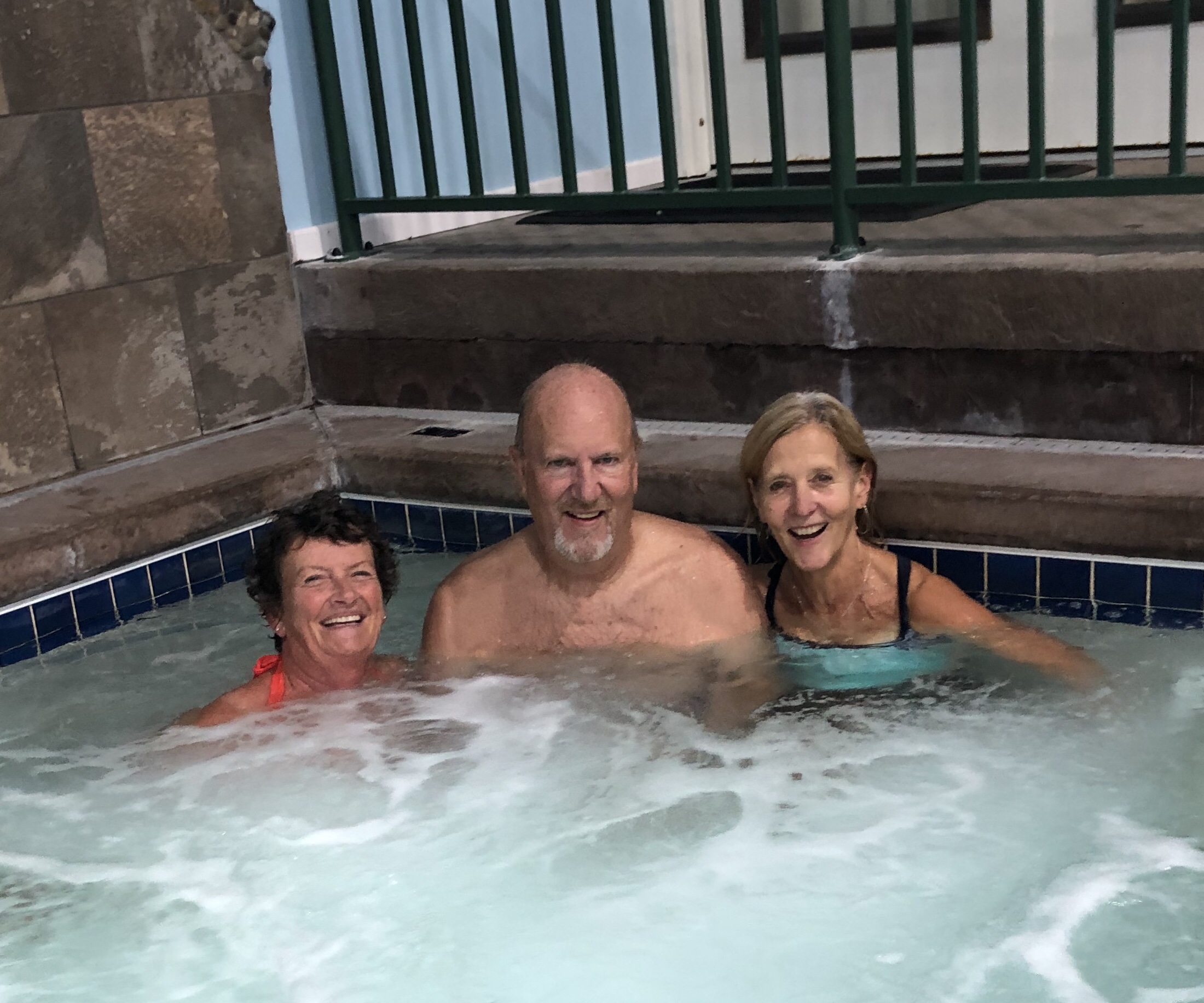 Being a little ahead of schedule, we did two nights in the Porcupine Mountains. Willow got a bath in Lake Superior (too cold for us) and we did some great hikes. We’ve regularly thanked God for His beauty in nature, the rainbow was kind of an end of trip top off. 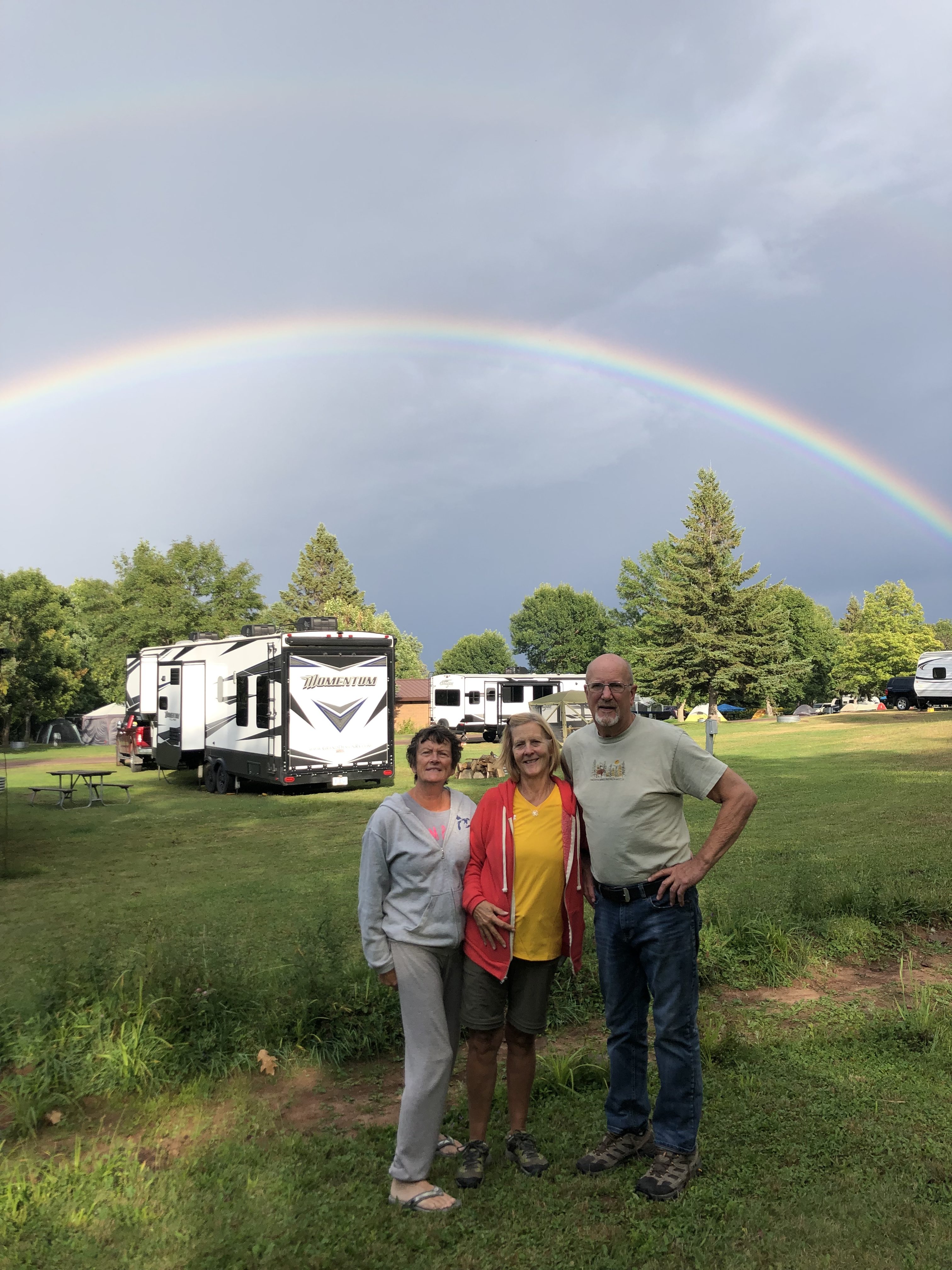 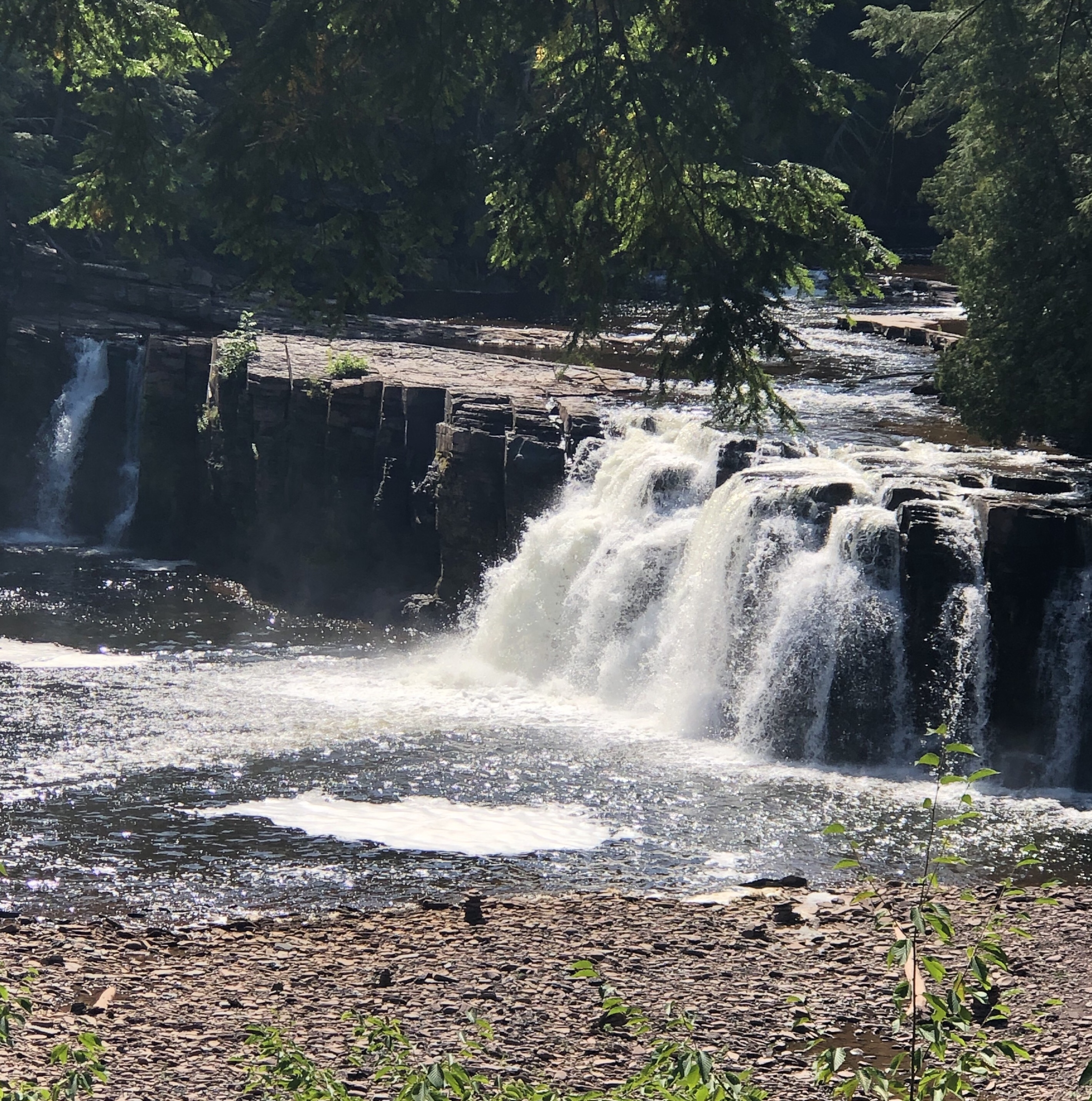 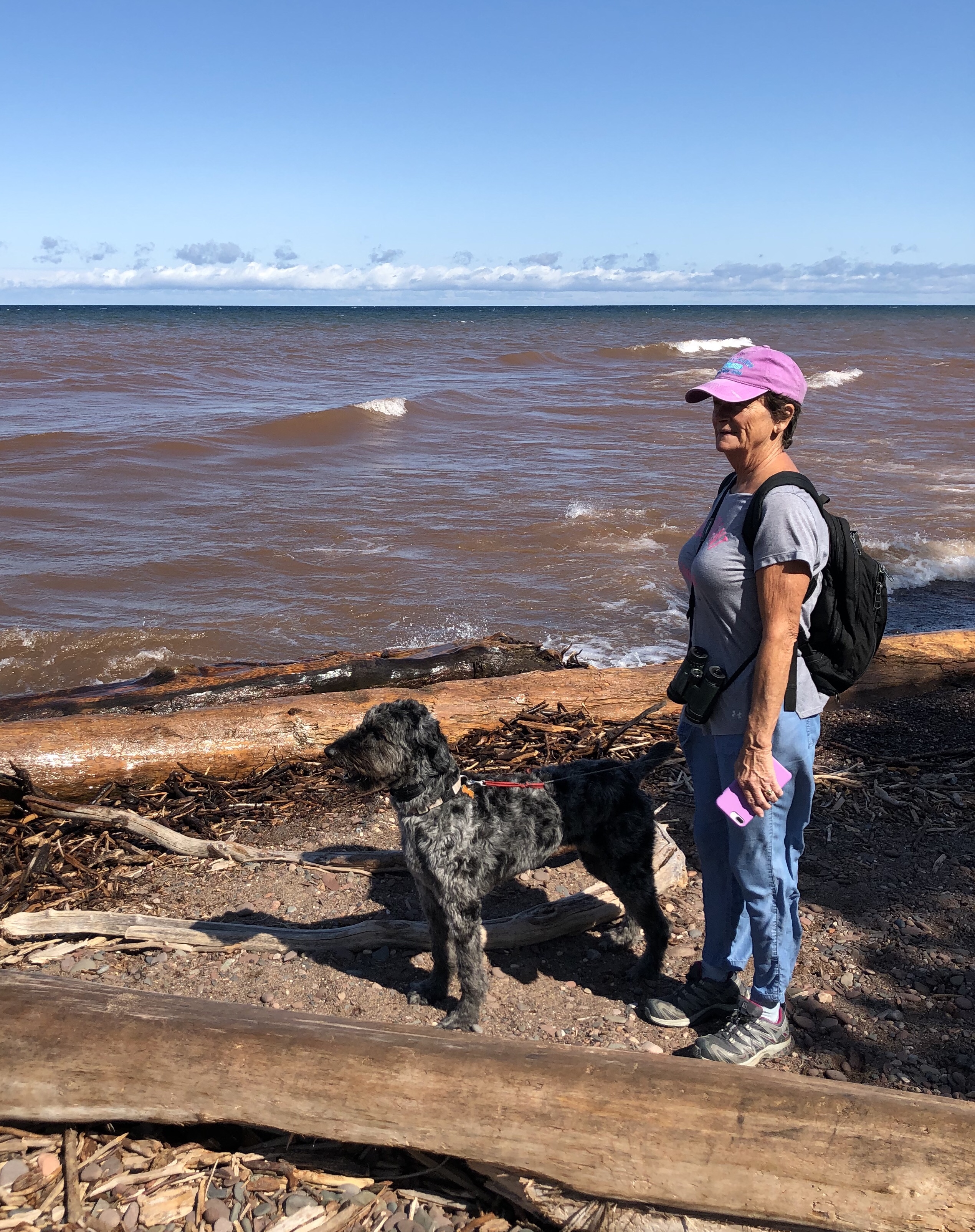 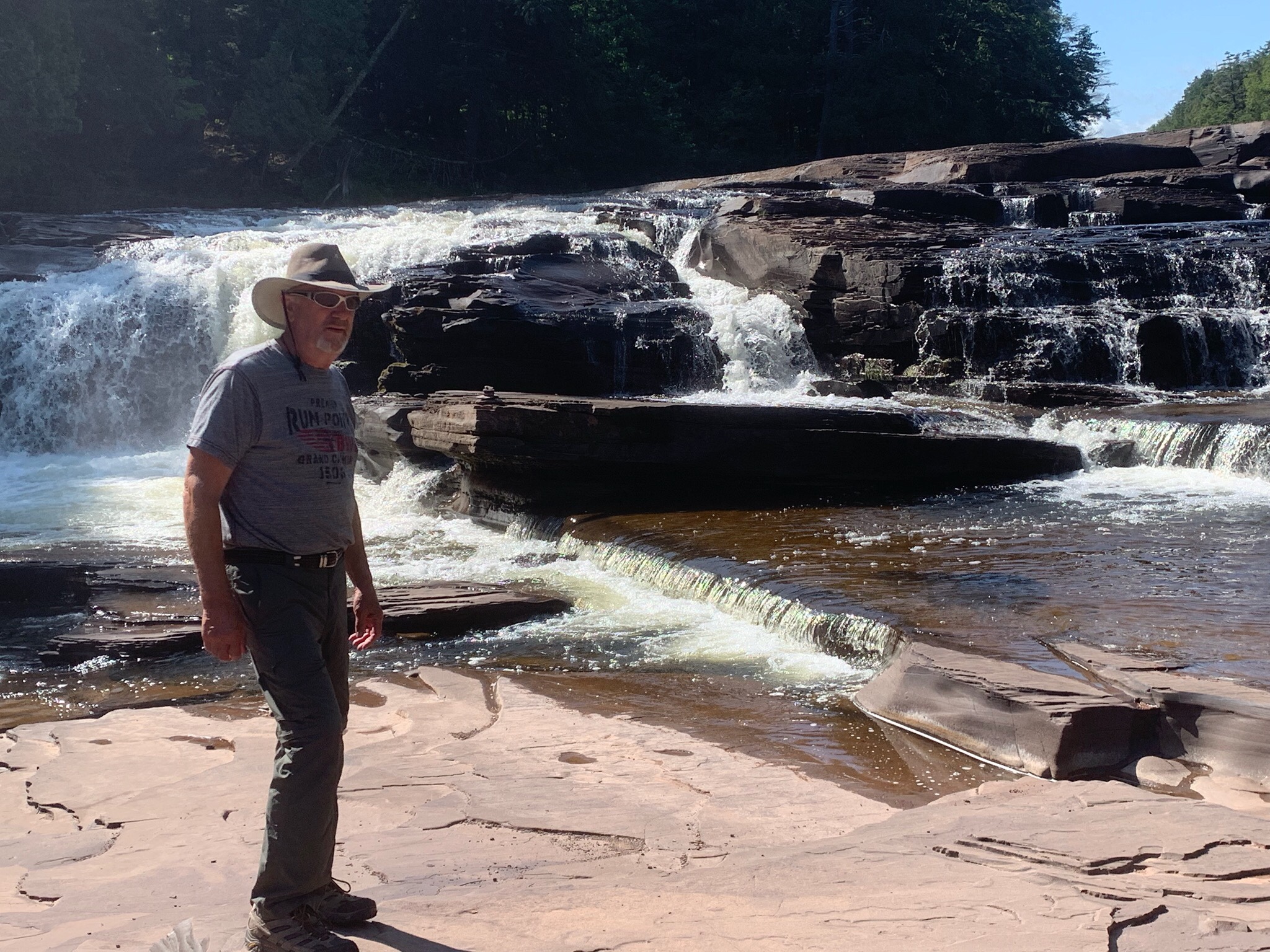 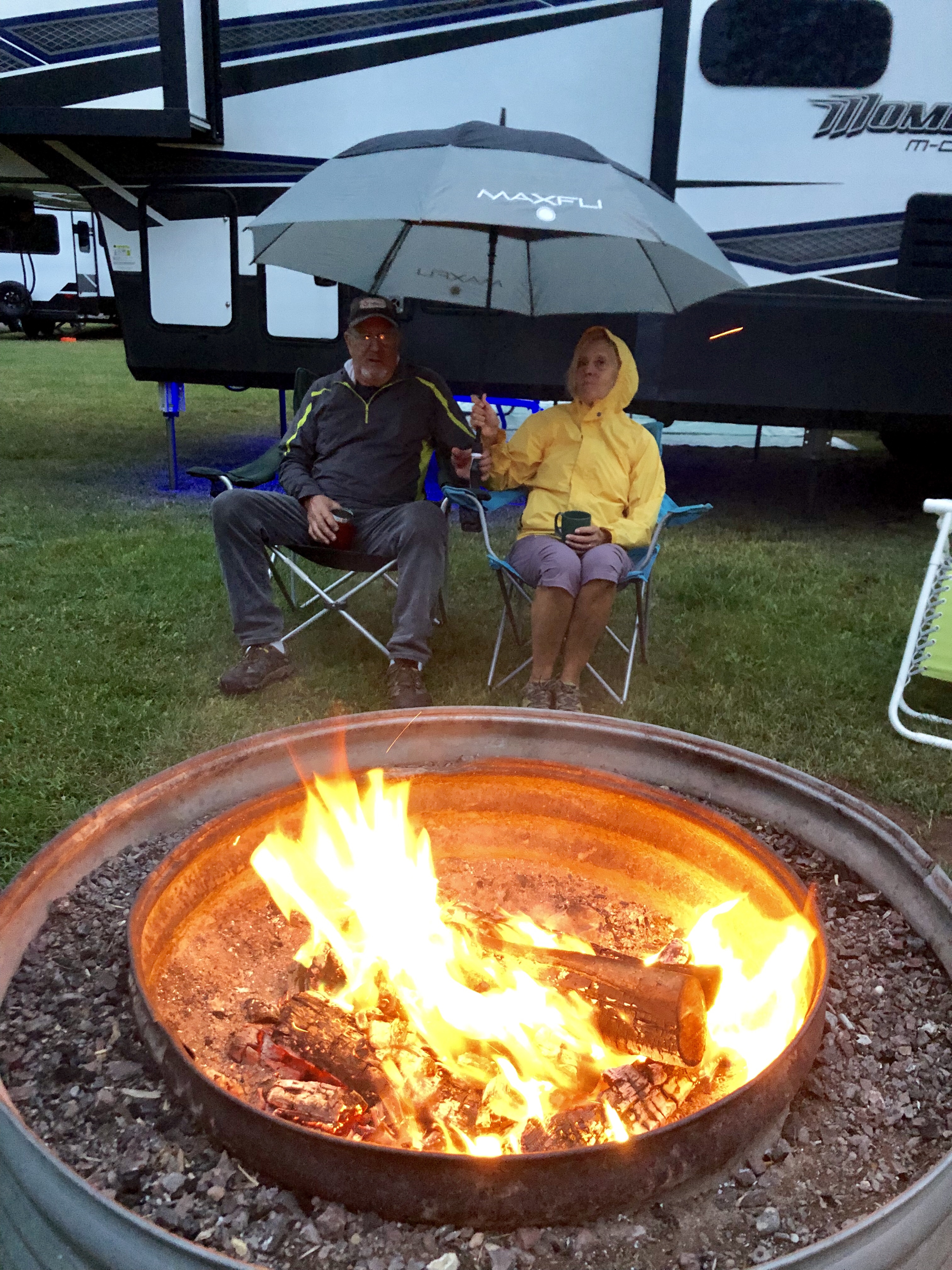 Wednesday, a UP run to Aloha State Park where Jack and Lynne will hook up with family for Labor Day and we’ll be headed back to Holland for family in Thursday. Some statistics

A set of wheel bearings

37 dumps or sanitary’s as the Canadian’s say

And plans for the next trip to ?

Mickey here: Its been an amazing seven weeks, the first being with family and friends at Young State Park. I think I could get used to this! Having Willow with us made the homesickness not so bad. Missed kids, grandkids, church, neighbors and first days of school😞. This retirement thing is an adjustment, but I love my traveling companion❤️. We’ll see where God takes us. He’s been so faithful! Until next time…

Snowed in, broke down, and kicked out of the Laird Hot Springs Provincial Park
From rifles to canes